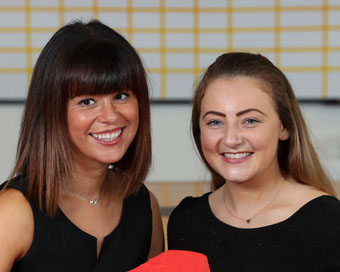 One of Ireland’s field management companies, FMI, has announced that a year on from its expansion into Northern Ireland it has created 35 positions, nine more than were originally planned for the first twelve months.

FMI, which has its headquarters in Dublin, provides services which include direct sales, merchandising, in-store demonstrations, retail auditing and a contact centre solution to clients in a range of industries including energy and hospitality.

The company, which established its Belfast base at Sydenham Business Park last October, has invested over half a million pounds in the past year and has grown its team from two to 35 following a period of high demand.

FMI has reacted quickly to the market and recruited brand sales executives and team executives to work with their client list, which now includes big name brands in Northern Ireland such as Electric Ireland, Nespresso, Heineken, Topaz and Richmond Marketing.

The company employs 80 full time head office staff and has more than 800 employees on its weekly payroll, with a database of 1,000 active field personnel.

Nicola de Beer, Managing Director of FMI, said: “It was a big decision for us to expand into Northern Ireland this time last year and the progress made since then has surpassed our expectations. We have been encouraged by the appetite for our services and this has allowed us to create 30 per cent more jobs than we had initially planned. We commenced operations working closely with Electric Ireland to grow their customer base and awareness of their products in Northern Ireland.”

Julie McBride, account manager at FMI Belfast, said: “Our team has been very active in Northern Ireland during the last twelve months. We have expanded our portfolio and started working with new clients across several sectors. It has been an exciting period for the company and we have recruited a team of high calibre employees across all levels of the business. We have reviewed our growth plans in light of the success so far and we are approaching the future with optimism.”

Minister for Education and Skills Richard...

The final of the InterTradeIreland...