Diane Coyle to Speak at Kilkenomics 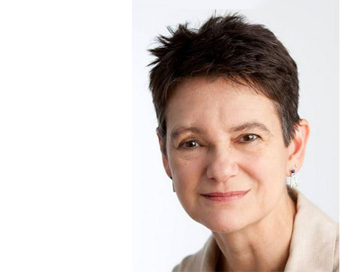 Kilkenomics announced more programme highlights for the world’s only economic festival with a guaranteed dose of laughs.

Running from 10th-13th November, some of the world’s most noted economists, along with the UK and Ireland’s top comics, will descend on the Medieval Mile of Kilkenny for four days of economic enlightenment.

This year’s programme is the biggest yet with world-renowned economists speaking, including Diane Coyle (pictured), a former advisor to the UK Treasury who is now an author and Professor of Economics at the University of Manchester.

Stephanie Kelton is a Professor of Economics at the University of Missouri-Kansas City. She served as Chief Economist on the U.S. Senate Budget Committee (minority staff) in 2015 and then became an Economic Advisor to the Bernie 2016 presidential campaign.

Other noteworthy names include Deirdre McCloskey, Distinguished Professor of Economics, History, English, and Communication at University of Illinois at Chicago. She has written 17 books and around 400 scholarly pieces on topics ranging from technical economics and statistical theory to transgender advocacy and the ethics of the bourgeois virtues.

Dr Philippa “Pippa” Malmgren helps companies, investors, policymakers and the public better understand the interplay between politics, policy, geopolitics and economics. She served as financial market advisor to the President in the White House and on the National Economic Council from 2001-2002.

Find out more about Kilkenomics 2016 at www.kilkenomics.com.

If you're thinking of starting a business or...

Women looking to re-enter the workforce...