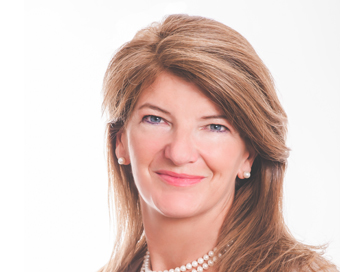 The 2016 Marketing & Digital Salary & Sentiment Survey has been published – it is a joint initiative between The Marketing Institute of Ireland and Alternatives Group.

With more than 1,000 marketers polled, it is the largest survey of its type in Ireland and – for the third year running – provides in-depth, reliable insights and benchmarks into the salaries and benefits, sentiment and strategic focus of the Irish marketing community.

“The competition to attract and retain best talent is really hotting up and has resulted in the awarding of some very lucrative salaries and incentives – annual increases and meaningful bonuses are definitely back in vogue. On the flip side, while confidence has returned to the industry, Brexit and its implications cast a long shadow for future economic prospects and evidence of a talent deficit in new niche areas such as Data and Innovation is emerging,”  according to Charley Stoney (pictured), Group Managing Director, Alternatives Group.

Some of the survey’s findings included:

– For the third year running customer sentiment in the marketplace is cited as predominantly better than last year at 68%. However, this has fallen from 73% in 2015. One quarter of respondents feel that the status quo hasn’t really changed.

– By contrast and reflecting the uncertainty of Brexit and that 2017 is the year when the UK officially triggers its departure from the EU), there is less confidence in future trading performance with 54% thinking it will improve compared with 69% in 2015. This feeling is especially prevalent in the FMCG, Pharma and Utilities sectors, where deteriorating trading conditions are expected. By contrast, the IT, Professional Services, Retail, eCommerce and Agri sectors feel somewhat more confident.

– Reflecting a trend that began in 2014, salaries have increased for just over half (53%) of respondents – on average by up to 5% for the majority of respondents.

– On the subject of average salaries, the Male/Female gender pay gap is still very much in evidence with men earning between 9-18% more than women at Director/Head of/Manager level. Interestingly at the Support/Practitioner level, women are overtaking men (earning between 2-12% more), indicating that women entering the jobs market and beginning their careers are looking for – and getting – their market value and equally that companies are paying them their worth.

Over 80 percent of tech professionals in...

InterTradeIreland has announced that it...