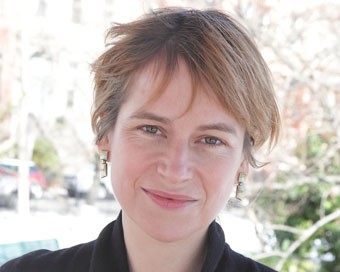 That was how the first measure of Budget 2017 resonated when I heard it.

A 1M euro cap won’t drive greater ambition in our startups, improve our competitiveness, or attract more Brexit bashed companies to our shores.

It’s so low that one of my fellow panelists at the Irish Tax Institute briefing yesterday morning called it “farcical” and I agreed.

Welcome it or not though, this CGT relief does represent change so perhaps it’s time to accept it and “build on the new” as Socrates would say.

I’m generally an optimist and a fighter but the announcement about share based remuneration toppled me and left me tragic.

It’s being delayed until 2018, the Minister announced. And this after a summer of well rounded submissions and public consultations. The Department of Finance must have been inundated.

The startup and SME community collectively spent so much time and energy explaining the urgency for change to share options, and we thought we’d finished the job by serving up solutions to help our companies.

Yet after all of that, nothing’s happened.

Nothing’s happened because despite creating more than two thirds of the new jobs in the Irish economy according to Enterprise Ireland, our community lacks the deep and unified lobbying voice of well known vested interests like Irish farmers. A voice that for months before the budget goes door to door, TD by TD, across and up and down the country. That’s what the IFA has done for decades and that’s what secures priority.

On Twitter yesterday afternoon an entrepreneur wondered where to look for analysis of the budget. I was tempted to just tell them not to waste their precious time, to keep their heads down for now. There’s nothing here to harm or really help you I wanted to say, unless you need the extra 400 euros of earned income tax credit to service small debts, or to incorporate in the UK for SEIS seed investment.

The 2017 budget likely helps none of us very much, unless, as Brian Dobson quipped yesterday, you’re a non smoking fisherman, buying a house and driving a Prius, who has just inherited a raised bog from your family.

If that’s you, your time has come my friend. For the rest of us, the real work continues on.

This was originally posted on the Dublin Commissioner for Startups’ blog this morning.

In corporate America, women fall behind...