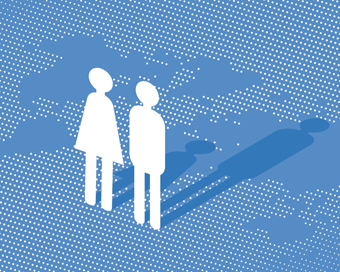 The World Economic Forum has found that women will not achieve equality with men for 170 years.

Through their tenth Global Gender Gap Report, the World Economic Forum quantifies the magnitude of gender-based disparities and tracks their progress over time.

While no single measure can capture the complete situation, the Global Gender Gap Index presented in this Report seeks to measure one important aspect of gender equality—the relative gaps between women and men across four key areas: health, education, economy and politics.

The report examined 144 countries, including Ireland, which ranks 6th in the Global Index for gender parity. We dropped one place since the last report. This is mainly due to a decline on its Economic Participation and Opportunity score, with the Index’s updated estimated earned income scale revealing a larger-than-before income gender gap.

For the first time since 2011, Ireland has fully closed its gender gap on Educational Attainment. Due to improvements on its Political Empowerment score, with more women in parliament, it joins the top five performers in this category. It is also the third-ranked country in the world for number of years with a female head of state.

Read the report in full here>>

Why You Need Multiple Mentors

Why learn from your own mistakes when you...

The Other Lens: The Female...

In 2009 McKinsey wrote an article called The...