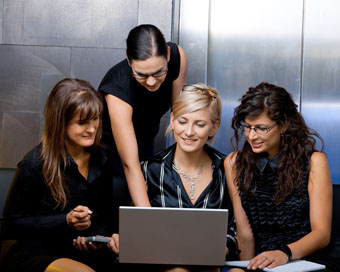 New research published by the ESRI today finds that the recent rise in educational attainment among women is likely to result in a significant increase in the number of women in the workforce over the next five years.

The female labour participation rate has shown a marked increase since the early 1990s, in contrast to the small level of variation in the male participation rate during this time. In 1992, 48 per cent of women aged 20 to 64 were in the labour force. By 2007, this had risen to 67 per cent. In addition to changes in culture, the increase was driven by rising educational attainment and the resultant increase in salaries, which incentivise individuals to enter and remain in the workforce.

The average educational attainment of women rose during the years of the economic crisis and will continue to rise for at least the next decade, resulting in greater numbers participating in the labour force, especially among women over 40 years of age. When combined with the rising adult population, this will see quite a rapid expansion in female labour supply over the next five years, increasing between 1.5% and 2% a year. A return to net immigration could add to this growth.

There is likely to be a positive productivity effect on the economy in the future as older women with more limited education retire and are replaced by women who had the benefit of greater educational opportunities.

The cliché is that people don't leave...