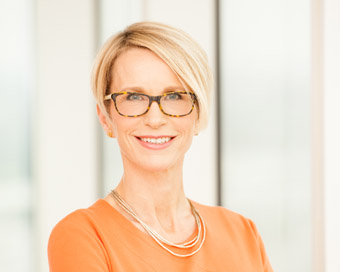 Emma Walmsley is CEO Designate of GSK (GlaxoSmithKline plc). She will formally succeed Andrew Witty as GSK CEO when he retires on March 31st 2017. She will join the GSK Board on January 1st 2017.

Emma has been the CEO of GSK Consumer Healthcare, a Joint Venture between GSK and Novartis, since it was created in March 2015. With a turnover of £6bn in 2015, GSK Consumer Healthcare is one of the world’s largest consumer health companies, developing and marketing products in Wellness, Oral Health, Nutrition and Skin Health. Underpinned by science-based innovation, the business has a portfolio of some of the most trusted and well loved brands globally including Panadol, Voltaren, Sensodyne and Horlicks.

Before GSK, Emma worked with L’Oreal for 17 years where she held a variety of marketing and general management roles in Paris, London and New York.  From 2007 she was based in Shanghai as General Manager, Consumer Products for L’Oreal China.

Emma became a non-executive director of Diageo plc on January 1st 2016. She holds an MA in Classics and Modern Languages from Oxford University.

What has karate got to do with a glittering...