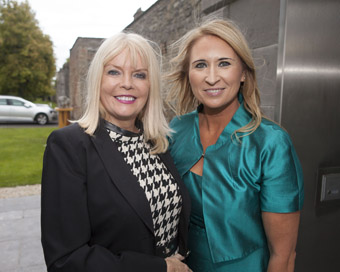 Minister of Jobs, Enterprise and Innovation, Mary Mitchell O’Connor officially announced The Cantillon Foundation, Ireland’s new foundation for entrepreneurship,  in Carton House, Co Kildare on Friday evening in the company of fifty top US and fifty top Irish entrepreneurs, mentors and experts who have been taking part in the Pipeline Innovators Summit 2016.

The Cantillon Foundation is a not-for-profit entity, set to anchor, advance and evolve the entrepreneurship environment in Ireland through policy, research, education, awareness, funding and resources.

The Kauffman Foundation, who are celebrating 100 years this year, joined the new foundation to host this week’s Summit, the first time Pipeline Entrepreneurs has run one of its modules outside of the US.

Are You Ireland’s Best...