The Other Lens: A Tsunami of Change 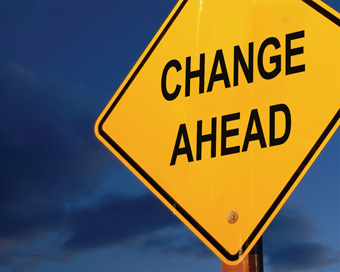 There is a Tsunami of Change Building in Women’s Leadership.

This was the opening line of a speech that I made to a convening of some of the top Gender Equity not-for-profits in the Bay Area (San Franscisco, USA) last week.

There is a tsunami of change building in Women’s Leadership. I firmly believe this and it is very exciting. We are at a turning point, a tipping point, and the future will be very different. I have been writing about this here on WMB for over a year now – to better understand what Women’s Leadership or Feminine Leadership is, I invite you to go and read my past columns.

This tsunami has been building for a long time. As a thought leader, I look for the disturbances on the margins of the mainstream or the ‘normal’. Thought Leaders are effectively ‘scanning the horizon’ to see, feel, smell the next big change.

A number of major events happened fairly recently that have cemented this shift that has been building for a long time. This last few weeks and months I have not had to look at the margins. I have only needed to join some dots that were right under my nose in order to come to the conclusion that there is a tsunami of change building in Women’s Leadership.

Let’s look at the some, just some, of the changes that are brewing in a number of different, seemingly disparate domains:

In September of 2015, The McKinsey Global Institute, part of the world’s most influential consulting firm published a report claiming that “$12 trillion could be added to global GDP by 2025 by advancing women’s equality. The public, private, and social sectors will need to act to close gender gaps in work and society”. With this report gender equality moved from being a social justice issue to becoming a clear and irrefutable economic issue. Money talks and any CEO not listening will now be held responsible by her/his shareholders.

I agree that the American Presidential election has made reality TV look normal, and this has obscured the hugely historic moment that happened a few weeks ago. For the first time in history, a major political party in the US nominated a woman as their presidential candidate. Despite the fact that Ireland, India, Germany and many other nations have already had female leaders, the US plays a huge role in influencing global perception. If the US has a female president it will powerfully influence the global conversation on and perception of Female Leadership. It will, and has already begun to further embolden women to claim their rightful equality.

Angela Merkel, considered by many, the most powerful woman in the world, is an executive sponsor of the Chefsache Initiative. ‘Chefsache’ (matters for top leaders) is a network of leaders from industry and science, the public sector and the media personally committed to make gender balance a top management priority. “Our conviction: Gender balance helps to strengthen Germany’s competitiveness and is a fundamental driver for economic vitality and prosperity.” Angela Merkel has become a feminist by default and by economic vision. Again gender equity and economic wellbeing are inextricably tied together.

The US media has successfully showcased their gender equality blindness and bias in both the Olympics and the US Presidential election – and they are finally being called on it. Every biased comment is being picked up on social media and journalists are being called out for blind, ignorant or just plain lazy reporting. I see women and men who support gender equality being less and less tolerant of ignorance that maintains an obsolete mindset and ultimately undermines our global opportunities.

And last week US President Barack Obama, father of two daughters, and a self-declared feminist wrote an article in Glamour Magazine declaring that: “it is an extraordinary time to be a woman.” And, I believe most importantly, stating that “That’s what twenty-first-century feminism is about: the idea that when everybody is equal, we are all more free.”

Historically, one of the last areas to see change is now seeing the beginning of a significant shift. Jimmy Carter has been very vocal and instrumental in this area, stating in 2009 (yes change takes a lot of time, when we are in the middle of it): “The truth is that male religious leaders have had – and still have – an option to interpret holy teachings either to exalt or subjugate women. They have, for their own selfish ends, overwhelmingly chosen the latter.” Having been quite vocal about equal pay for women the Pope has, this month, appointed a commission to study the possibility of women as deacons. Commissions are usually the opening salvo in a conversation to explore a new possible reality. I am certain lots of the old stooges in the church will object but this looks to me like a first step in women playing a leadership role in the Catholic Church.

This is just a small selection, but if you put these together you will begin to see that the game is indeed changing. There is still a lot of work to be done, since it takes decades and generations to change the thinking, language social norms and behaviours of large populations, but I hope that you will agree with me there is a tsunami building in Women’s Leadership. Whether you are a woman or a man, it is time to name it, own it, recognise it and practice it. Feminine Leadership is a valuable asset to society and a key element in our mutual, peaceful development and sustainability.

Jennifer Kenny is a speaker, writer, and thought leader in Team Decision Making, @WMBMagazine contributor, Global Women’s Leadership Network Board Member @GWLN and huge fan of @theelders. You can find her at www.jenniferlkenny.com, and on twitter @jenniferlkenny.

What is Leadership Competence...

I was thrilled when Sarah Palin was selected...

InterTradeIreland has published a unique all...