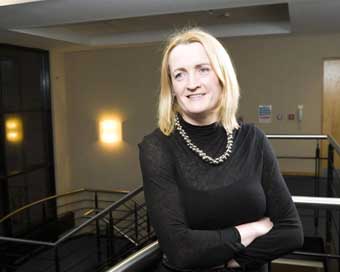 InterTradeIreland has published a unique all island report into the Business Angel investor market.

According to the report, ‘Funding for growth: The Business Angels Market on the Island of Ireland’, Business Angel investment on the island is estimated to be worth between €70 million and €120 million annually.

Drawing on the views of over 100 individuals involved in Business Angel investing, the report suggested that the typical Business Angel is largely male (over 90%), and generally middle-aged, with over two-thirds of survey respondents aged 45-64.

Commenting on the findings, Grainne Lennon (pictured), Operations Manager, InterTradeIreland said: “The high proportion in this age group is not unexpected. Business Angels need money that they can afford to risk, they also need business experience and know-how and the time to provide support to businesses in which they invest, which would realistically reflect those in mid/late-careers.”

The report shows that tax incentives are an important factor for many Business Angels when considering investing in this asset class. In Ireland, the key incentive is the Employment and Investment Incentive (EII) – a tax relief incentive scheme which provides for tax relief of up to 40% in respect of investments. The EII scheme allows an individual investor to obtain income tax relief on investments for shares in certain companies up to a maximum of €150,000 per annum in each tax year up to 2020.

Business Angel investment groups or syndicates are popular investment vehicles with HBAN facilitating the development of business angel syndicates on the island of Ireland and its partner organisation Halo NI establishing syndicates in Northern Ireland.

The number of HBAN business angel investments in Ireland has doubled since 2009 and remained in year on year growth throughout the period of the financial crisis. The total value of the investments has also increased from €24.6 million in 2009 to €58.6 million in 2015. A positive picture which reflects the general confidence in the development and growth of the market.

The full report can be found at www.intertradeireland.com/researchandpublications

The Other Lens: A Tsunami of...

There is a Tsunami of Change Building in...

The cliché is that people don't leave...