How to Keep Women, Introverted Men and Minorities from Walking

Posted In: The Topic | WMB Careers 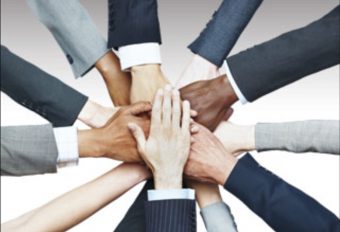 ‘Treating everyone the same’ is a sure fire way to inefficiently use your people. When ‘the same’ equates to ‘the norm’ and the norm favours white men, people that are furthest away from that norm have the most adapting to do – and are most likely to walk.

People are different and require tailored inclusion strategies that avoid both one size fits all (that tend to favour the dominant group) as well as tailored approaches based only on stereotype.

Here are five actions you can take to retain minority groups:

Proportionality is the simple concept that promotion should be in proportion to the talent available. If 30% of ‘Grade B’ population is female, then we would expect 30% of promotions to the ‘Grade A’ above to be women. In this way, the Grade A 20% female population would increase over time towards the 30% incidence at the grade below.

Even though proportionality seems fair, most organisations have never met it and still bias certain groups (usually men and extroverts) over others. That’s one reason why, over time, and at more senior levels, organisations become more homogenous.

The concept’s simplicity allows it to be scalable across the entire organisation. It’s a nudge that doesn’t require much training. Its power lies in challenging previously held assumptions about the fairness of our promotion systems.

How we frame promotions is vital. Not everyone presents in the same way, or needs the same pull factors, but just because some need more persuasion than others does not mean they are less talented. Indeed many introverts may be more talented than the organisation is aware of, yet without proactive engagement on the part of the organisation that talent may languish or simply walk.

Make the extra effort to find talent that doesn’t self promote – and then promote these people. Demonstrate through actions rather than simply words what you value. Not only does this promote great talent – it also signals to self-promoters the behaviours that are truly valued by the organisation.

Promotion panels should be mixed at least in terms of gender and department. The people on the panel should also demand mixed slates to interview, seeking out the quiet talent. Nudges such as independently ranking candidates blind (to avoid name association bias) and then coming to a group afterwards (to avoid groupthink) can be helpful.

However, panels can be problematic for introverts or simply those who do not perform their best under a falsely constructed setting. Consider alternatives to panels such as assessment centres, tests, on-job assessments and 360 degree feedback where appropriate. The challenge is how to vary the selection method to better suit the individual whilst having consistency and fairness to all candidates.

Those people who are more open, talkative and comfortable with self-promotion tend to excel in more traditional training settings, get noticed more readily and are often highlighted as high potentials. Introverts, on the other hand, internalise their thoughts and by the time they have had time to think others have often spoken up.

People responsible for running development programmes need to understand such traits so as to leverage the potential of all participants. Simple changes made to learning programmes, for example, taking care not to spotlight individuals, building in different methods of encouraging contribution, or providing advance notice of questions so they can be prepared with their answers. Once people feel more confident to express themselves their energy and their passion can often be seen.

These are associations of people with common interests, often diversity based. For example, women’s networks, LGBT associations, and Black caucuses. Often these networks go beyond immediate need and become proactive networks to win new business, advance careers through mentoring and sponsorship programmes and decrease attrition of particular groups.

To better include everyone, ally networks have emerged. For example there are now LGBT and straight allies network, the #HeForShe campaign as well as women’s networks. These are often more successful as they appear not to have vested interests at heart.

The above five strategies can help retain minorities by changing the system rather than making them ‘build profile’ when it might inauthentic for them to do so. Instead of ‘treating everyone the same’, signal to all of your people that you value you them through the system changes you enact and the actions you undertake.

Inclusive Talent Management: How Business Can Thrive In The Age of Diversity (Kogan Page) by Stephen Frost and Danny Kalman is out now.

InterTradeIreland has published a unique all...

Why would anyone leave a...

The first thing recruiters get asked when...

How to thrive and not just...

The business world today is so fast-paced...