Annalise Sails Away With Silver 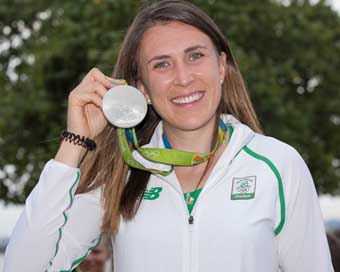 This makes her the first Irish person to win a sailing medal in 36 years.

The 26 year old was disappointed after missing out on a medal at the 2012 Olympic Games and has trained hard for the past four years to regain her position. In an interview with RTE, she said, “You dream about these moments but you don’t really think they’re going to happen. It’s just amazing.”

Speaking about her teammates who were present for the race, she said “I hopefully have inspired them to show that if I can do it, they can do it as well and not just them but all the youth sailors in Ireland. Now maybe I’ve just given them a little bit of inspiration of what they can get.”

Taoiseach Enda Kenny said Murphy gave an “outstanding performance”, and that her win is testament to her “hard work, dedication and talent”.