What is Leadership Competence for Women? 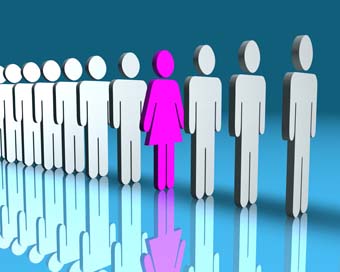 I was thrilled when Sarah Palin was selected by John McCain as the vice presidential candidate in the US 2008 Presidential elections, not because I though for one second that she was capable or intelligent but precisely because I knew she was not. To me it signalled that women had arrived, we could now have incompetent women leaders – true equality as last!

We have always had incompetent male leaders, just no one said anything about it, until Thomas Chamorro-Premuzic wrote, what I consider to be a ground breaking article, in Harvard Business Review, called ‘Why do so many incompetent men become leaders?’.

Thomas Chamorro-Premuzic is a professor of business psychology at University College London, he claims that, when it comes to leadership – hubris – is commonly mistaken for leadership potential. Yes hubris, or excessive pride or self-confidence, that word that has wonderful synonyms like arrogance, conceit, haughtiness, pride, self-importance, egotism, pomposity and superiority.

Does any of this bring Brexit leaders Boris Johnson and Nigel Farage or US 2016 Presidential candidate Donald Trump to mind? Did Chamorro-Premuzuc signal this in 2013? He goes on to point out that our mythical image of a leader not only encompasses the deadly, and destined for failure, hubris but also embodies many of the characteristics found in personality disorders: narcissism, psychopathy, histrionics, and Machiavellian behaviours – déjà vu anyone?

If we accept the statistics that show that good leadership is the exception and not the rule, why do we hire and promote the norm? Why do we struggle with the recognition that arrogance and overconfidence are so poorly related to leadership talent? Why is it so hard for us to acknowledge that women score higher than men on emotional intelligence, which is a strong driver of modest behaviours?

Humility is one of the key characteristics of the very best leaders, not hubris but humility.

If you are a woman leader, or an aspiring woman leader, you will do yourself and those around you a great service by declining to adopt the worst male leadership traits, instead focus on the valuable leadership traits of humility, attribution, gratitude, perception, flexibility and power-sharing to mention a few, while acknowledging the reality that, as a society, we (particularly the current leaders who are doing the choosing) confuse confidence with hubris and hubris with competence.

Society is in a state of transition, and will be for many years to come. These deeply transformative shifts are painful and take a long time to unfold, until they don’t and we ‘tip’ into a new era. Until this new era, of hopefully more balanced leadership arrives, there will be many times when you will need to exaggerate your ‘confidence’ (see my June 2015 column) and err on the side of appearing arrogant to even get a chance to exercise your leadership traits. Just don’t make the mistake of falling in love with your own exaggerated confidence and develop true narcissistic tendencies – then we will truly have come full circle!

As leadership failures become more and more evident, (we seem to be getting a inordinate amount of help with that at the moment), I expect that there will be a growing awareness of the need for a new type of leadership: one that eventually will become the norm, one that will be practiced by both women and men, one that will blend the best leadership traits of both genders and will allow us to put an end to the substantial obstacles for competent leaders and firmly establish leadership based on humility not on hubris, leadership that is more balanced towards the female.

Jennifer Kenny is a speaker, writer, and thought leader in Team Decision Making, @WMBMagazine contributor, Global Women’s Leadership Network Board Member @GWLN and huge fan of @theelders. You can find her at  www.jenniferlkenny.com, and on twitter @jenniferlkenny.

The Other Lens: A Tsunami of...

There is a Tsunami of Change Building in...