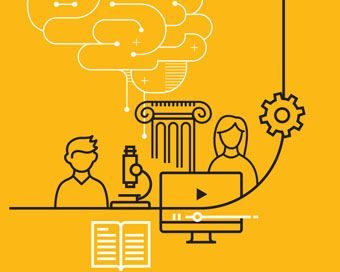 There has never been a female president of an Irish university.

That’s one of the findings of a report published today on gender equality in higher education.  The report was compiled by the Expert Group commissioned by the Higher Education Authority (HEA) to undertake a national review of gender equality in higher education institutions.  The Expert Group was chaired by Máire Geoghegan-Quinn.

The gender equality review began in September 2015, and the report published today includes objectives, recommendations, proposed timings and key performance indicators for all relevant stakeholders in the higher education sector.  It also contains an in-depth analysis of the gender balance of higher education staff across all grades of employment, as well as management teams, academic councils and governing boards.

Commenting today, Ms. Geoghegan-Quinn said: “This report clearly demonstrates that significant gender inequality remains in higher education, and this must be addressed – for equality, social and economic reasons. “In undertaking this review, we quickly realised that the ‘fix the women’ approach – aimed at getting women to change to fit the existing culture – will not work.  Gender balance in top leadership positions will not be achieved in our lifetimes if we just wait for change to naturally occur.

“The fact that women are not found in the same proportion as men in the most senior positions in higher education institutions is not because women are not talented or driven enough to fill these roles; it is because numerous factors within the institutions – conscious and unconscious, cultural and structural – mean women face a number of barriers to progression, which are not experienced to the same degree by men.  Our review shows that systematic barriers in the organisation and culture within institutions means that talent alone is not always enough to guarantee success.

“As a result, our recommendations focus on how organisation and culture must change to achieve gender equality.  The recommendations are deliberately ambitious and radical.  They recognise that productivity cannot be maximised without full development of the workforce.  Achieving gender equality will require genuine, long-term commitment and investment from managers at every level, and this must be led from the top, with the ultimate responsibility for its achievement sitting with the Presidents of the higher education institutions.”

Key Statistics/Findings from the Review

– Since the establishment of the first Irish university 424 years ago, there has never been a female president.

– Only 1 out of 5 Presidents in the Colleges (St. Angela’s, St. Patrick’s, NCAD, Mater Dei, Mary Immaculate College) is female.

– Only 8 of the 14 Institutes of Technology had 40% or more women on their governing authority / body.

– 4 of the 5 colleges had 40% or more women on their governing authority / body.

– Only 3 out of 14 Institutes of Technology had 40% or more women on their executive management team.

– Two Institutes of Technology had no women at all on their executive management team.

– The gap between female and male representation increases at each stage of the academic career ladder.  In 2013-2015, 50% of the lecturer staff in Irish universities were women, but only 19% of professors were women.

The report and its recommendations are available on the HEA’s website, www.hea.ie.

The incidence of dementia is set to almost...