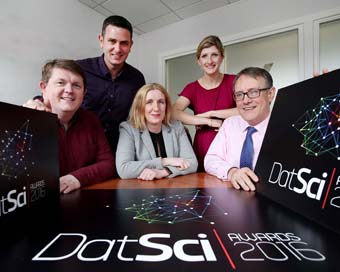 With a noticeable growth in the recruitment industry with unemployment rates across most sectors decreasing and competition for talent increasing, international specialist recruitment company, Next Generation Recruitment have decided to take proactive steps to extend their lead by investing in their own talent pool, creating 80 new jobs within the organisation.

Focusing in particular on the growth sectors of IT and Data Science, these new positions will be based in Next Generation’s offices in Dublin and in a new Centre of Excellence and Research in Krakow, which will act as a key talent marketing and research division for this award winning recruitment consultancies.

Founded in 2007, Next Generation employs over 30 recruitment professionals. The Dublin office is currently recruiting and intends to hire an additional 10 employees by the end of 2016 and 20 more by end of 2017.

Success abroad for Next Generation has led to a major expansion drive into mainland Europe based in Krakow, Poland, where it intends to grow the business from its current headcount of eight, by hiring 20 additional employees by the end of 2016 and another 30 by the end of 2017. These positions will be based in a purpose built sourcing centre which opened in April 2016. This centre will play a vital role for Next Generation and the organisation’s many clients as well as supporting the needs of the Dublin based HQ. The expansion also includes a Krakow based Centre of Excellence team, which will target IT and Data Science roles, and specifically aims to target passive talent in and for the Polish market.

Speaking about the expansion, Linda Davis, CEO and founder of Next Generation said, “We are very excited that the business is now at an ambitious expansion stage. We are seeing first hand great confidence across all sectors and demand for talent especially in the IT and Data Science sectors has never been stronger. We want to be proactive and cater for our clients needs going into the future, both our corporate clients and candidates, which is why we are investing in a dedicated facility in mainland Europe, to tap into overseas markets.”

Next Generation Recruitment in association with CeADAR, recently launched its upcoming DatSci Awards which will celebrate the wealth of homegrown talent in the data science sector in Ireland.