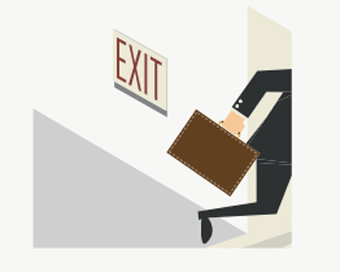 Steady jobs growth has continued in the FDI sector into Q2, 2016, according to the Cpl Employment Market Monitor. The Jobs Index, based on four sectors which largely represent the FDI sector, hit 216 in Q2 2016, from a base of 100 in 2011.

Despite exceptional jobs growth in the last five years, jobs postings in the Cpl Employment Market Monitor have been slightly more moderate in 2016.

Of the four sectors covered, the strongest growth for the second time in three quarters was in Accountancy, Finance & Banking, at 25%. Growth was more modest in Sales & Marketing (4%) and in Science, Engineering & Supply Chain (8%). In IT, there was an annual decline of 2%, the first since early 2015.

The period April to June 2016 saw a stronger growth in jobs of 7% compared to 2% in January to March 2016. However, these figures are still slower than in previous quarters. Cpl Resources attributes this mostly to the impact of Britain’s economy cooling and uncertainty over Brexit.

“A decisive approach is needed around the impacts – as yet unknown – of Brexit on Ireland. Otherwise, indecision and uncertainty could potentially impact the Irish FDI jobs market for the next two quarters,” said Peter Cosgrove, Director, Cpl Resources plc.

“However, there will be opportunities for Ireland as the only English-speaking country in the EU.   Already English-speaking candidates have stated a reluctance to work in a non-EU country, which makes Ireland an attractive destination for the skilled, highly sought-after candidates which are in demand in Ireland’s fast-growing FDI sector,” added Cosgrove.

The research indicates also that continuous upskilling and varied experience are uppermost in the minds of job candidates.   Of those interviewed, nearly half expect to spend no more than 2 years in their next role, with one third anticipating a move within the first year.

Clearly employees see the skills and experience from each job help them remain relevant and avoid obsolescence. As a result employers will struggle to keep some candidates in roles for as little as one year.

“The robots are coming… and not just for the lower-skilled, repetitive, manual roles. Now there are programmes designed to fulfil some of the work of highly trained accountants, lawyers and medics. Everyone has to be aware that they cannot depend on a job for life, and some respond to this threat by moving jobs to gain new skills and experience,” concluded Cosgrove.

Cpl’s research also found that opportunities, rather than salaries, drive the hunt for new jobs. Half of all respondents (49%) cited the lack of opportunities in an organisation as a reason to look for a new job, while one quarter blamed a bad manager and only 17% blamed salary.

Data from the most recent 'Always Confidence...

Across the globe co-workers are seen as the...