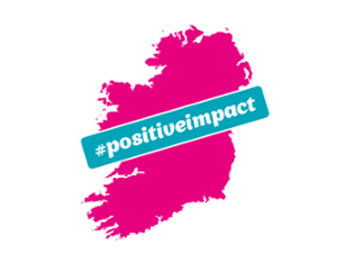 Business in the Community Ireland (BITCI) has created a ‘Business Impact Map’, an online interactive map, which gives a county by county breakdown of how companies and their employees supported their local community groups and charities during 2015.

The map was launched Wednesday May 18th  as part of BITCI’s Skills for Good event hosted by Bank of Ireland, Dublin where business leaders and NGOs came together to discuss the business benefits of engaging with communities as it can increase staff engagement and help attract and retain talent.

The map captures statistics from 51 of Ireland’s largest companies that are members of Business in the Community Ireland, Ireland’s leading organisation on corporate responsibility and only network for responsible business practices. National statistics show that over €11.3 million was given in cash donations; €10.5 million was contributed through in-kind donations and almost €5.3 million was raised through employee fundraising. Employees also volunteered over 213,000 hours to local groups and projects during the year. 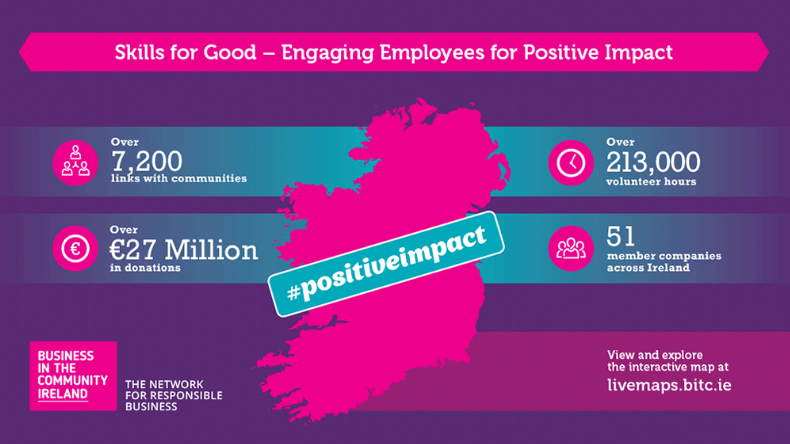 According to a report from ‘The Millennial Impact’, millennial employees are looking at an employer’s community engagement when seeking a job, and the quality of the CSR programme influences whether they remain there. The top factors for Millennials in applying for a job are in order; what the organisation does, sells, produces, work culture, involvement with causes, office environment and diversity and HR awards.

Increasingly, employees want to work with companies who have values that align with their own and also expect companies to engage with community groups as standard.

Tina Roche, Chief Executive, Business in the Community Ireland said: “Employees are the heroes of this story.  They volunteered over 213,000 hours in just one year alone and we see this increasing all the time. The big trend is utilising professional skills to help local causes and this benefits the charities but crucially is engaging employees and boosting morale”.

You can view the map in full here.

Artik Bikes, an Irish brand, has created and...

The European Investment Fund (EIF) and...