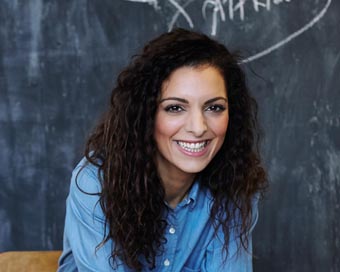 The Veuve Cliquot New Generation Award was established to celebrate up and coming female entrepreneurial talent who show a genuine commitment to responsible and sustainable business practices whilst optimising a gap in today’s market. Cassandra was recognised for her determination to develop a healthy product as well as the creativity to bring it to the market, alongside her commitment to inspire and empower the next generation of entrepreneurs.

On receiving the award, Cassandra said: “It’s such an honour to receive the New Generation award and to appear alongside such an impressive group of finalists. The awards are an amazing celebration of entrepreneurs from around the world and it’s been inspiring to learn more about Madame Clicquot’s tenacious spirit and legacy of entrepreneurship”.

Cassandra had sights set on starting her own business for a long time, and always felt an entrepreneurial streak running strongly through her. When she told her mother of her plans to start a healthy popcorn business, she reminded her that the last present her father gave her before he passed away was a vintage popcorn maker. This was all the encouragement Cassandra needed to move back home, quit her job and commit to making PROPERCORN a reality. It then took almost two years of seasoning popcorn in a cement mixer before she succeeded in bringing her idea to life.

Despite being told on numerous occasions that she was “up against the big boys” and too young and inexperienced, Cassandra was determined. Today, spurred on by their mantra of ‘done properly’, PROPERCORN has a team of 40 based in offices in North London and is available in 10 countries in Europe. Since first launching in October 2011, PROPERCORN now has over 15,000 stockists and has emerged as one of the fastest growing brands in the UK.