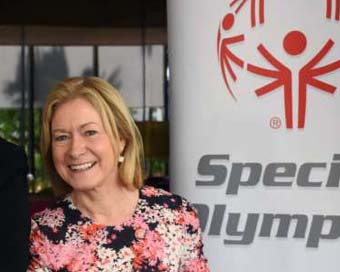 Irish woman Mary Davis has been announced as the CEO of Special Olympics International.

Mary was the driving force behind the hugely successful Special Olympics World Summer Games when they were staged in Ireland in 2003. She served as CEO of these Games, which were the first World Summer Games held outside the US since Eunice Kennedy Shriver founded the movement in 1968. It was the largest sporting event in the world that year.

Davis was awarded Person of the Year in 2003 for her work on the Games, as well as recognition for her years of service with Special Olympics Ireland. In 2004, then-President Mary McAleese appointed Mary Davis to her Council of State (advisory body to the President on legislative matters), where she remained until 2011.

A new report on the Irish takeaway sector...