Joan Freeman Nominated To The Seanad 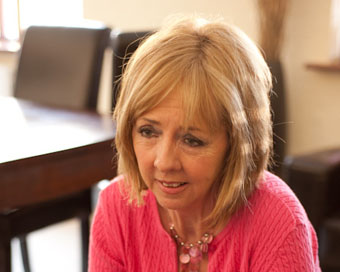 Joan Freeman, CEO and founder of mental health charity Pieta House, has been nominated to the Seanad by Fianna Fáil leader Micheál Martin.

Mr Martin TD has said he wanted to put forward people with very specific specialist knowledge who could make a real difference while in the Seanad.

In 2003, Joan, a practising psychologist, closed down her own counselling business and dedicated her time to finding out how she could help people who were suicidal. After three years of research, she opened up Pieta House, which quickly became a respected and recognised service for those who were suicidal.

This year, Pieta House’s flagship fundraiser ‘Darkness Into Light’ celebrated its eighth birthday and saw thousands of people across the country walk together in the small hours of the morning.

Another of Mr Martin’s nominees was Colette Kelleher, the CEO of Alzheimer’s Ireland. The Cork woman is extremely accomplished in the charitable sector, having held similar positions at the Cope Foundation and Cork Simon Community.

The Bank of Ireland Startup Awards 2016 were...