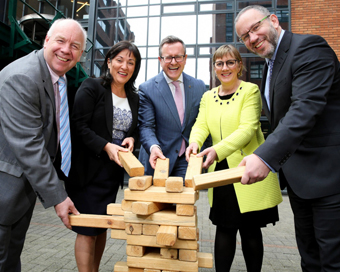 The shortlist of 24 finalists in the 2016 EY Entrepreneur Of The YearTM (EOY) programme was revealed today. The finalists have a combined workforce of almost 3,000 people and turnover of nearly €450 million.

The 19th year of the programme focuses on the theme of building a business legacy, and includes mentoring initiatives, bespoke executive education and an international CEO Retreat to Boston. Finalists will also benefit from networking with an experienced community of peers, as they join the 416-strong EOY community of former finalists and winners.

There are five women among the finalists and they are:

From the huge number of nominations received from across the island of Ireland, the 24 finalists were selected by an independent judging panel of previous winners, chaired by Anne Heraty, CEO of Cpl Resources plc, the WMB Businesswoman Award winner 2014 and previous winner of the 2006 EY Entrepreneur Of The YearTM programme. As part of the 10 month development programme, the finalists will join over 70 members of the EOY community for a week long CEO retreat to Boston in May. The retreat will include masterclasses with decision makers at the helm of Boston’s most successful start-ups and globally renowned brands and leading academics from Harvard and M.I.T.

As the finalists progress through the programme, the judging panel will determine the winners based on a number of criteria, including: innovation; value creation; strategic direction; financial performance; national and global impact; and the entrepreneur’s contribution to society and industry. The winners will be announced at the televised Awards Gala night in October 2016. The overall winner will go on to represent Ireland at World Entrepreneur Of The YearTM in Monaco in June 2017.

HBAN is a joint initiative of Enterprise...

Ireland’s Only Internet Of...