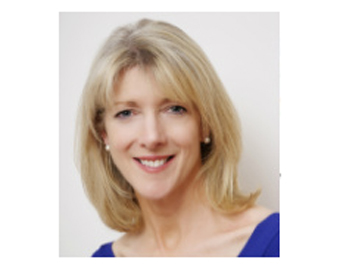 ‘Wellbeing’ is one of those buzzwords thrown around – not unlike mindfulness in 2014 – and Sheila O’Malley defines it simply as: “about balance”. Unfortunately this balance is often lacking in the workplace, she adds.

The obvious signs are being stressed and of course we all know diet, exercise and relaxation will improve matters, but as Sheila points out, it’s easier said than done. “It’s a deeper issue, it’s not the obvious. We all know what we have to do but we’re not doing it.”

To remedy the increase of stress in Irish workplaces, Sheila provides Wellbeing at Work programmes in her capacity as a professional trainer and public speaker. She devised the programme when the demand became evident to her. “People are overwhelmed. They’ve come through the last couple of years and had to do the same amount of work with fewer resources. I think companies have begun to realise that there’s an enormous need to support the employee.”

Sheila believes the main issue among unhappy employees is they are placing undue pressure on themselves and not recognising it. “We’re all tough on ourselves and it’s about learning to have self-awareness.” Employers are eager to rectify this: “I was at an IBEC conference on wellbeing and it was interesting. What they know is that a happy employee is a productive employee but they’re not really sure what bit of it works.”

She knows what works. When she meets staff at a large corporation such as Microsoft, she begins with the ‘how’ question. “Whether it’s that people are driving themselves very hard or they’re perfectionists. It really is to create an awareness in people of that type of thing. And then when they have that they get to do something about it.”

“Someone might need to recognise they need to strengthen some boundaries; other people want to please everybody and they never seem to be able to please themselves. It’s lots of things.”

Very often her clients are overwhelmed and burned out. “When you’re stressed, you have to almost step back momentarily.” She doesn’t necessarily advise, she says, instead she works to create an awareness in a person. Once that awareness is established, “they start to see themselves differently and they recognise ‘actually I work hard and I do deserve time out’.”

When it comes to her female clients, especially working mothers, Sheila finds their number one issue is guilt about taking this time out. She says guilt is something she hears universally but never from men; or rarely if ever. “Women are riddled with guilt. A client sees another woman taking time for herself and moves from thinking that woman was selfish to now realising ‘that woman is doing something I need to be doing a little bit more of’.”

She believes men are better at saying ‘I need to go and play that game of soccer once a week’. “Women are lousy at it and think if ‘I’m working then I have to be at home, with the children 24/7, even if I’m screaming at them’. And usually they are screaming because they’re screaming for help.”

A working mother recently came to Sheila when her and her husband found their home life with their young children was becoming increasingly more stressful than enjoyable. “Throughout the course, we looked at ourselves, our situations and others’ circumstances with empathy and love. It instantly made a difference in our home life and we started to have fun. We realised life didn’t have to be so hard if we weren’t so hard on ourselves.”

If Sheila could give just one piece of advice for women, “I would say ‘bin the guilt’. So much of it is around taking the pressure off yourself.”