Are you ignoring your online reputation? 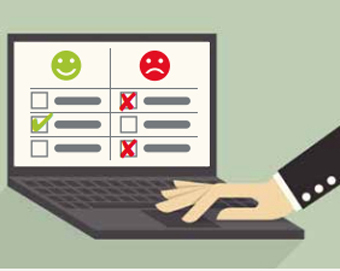 “Online reputation management is a very new area for companies, and even established corporates struggle to get it right. Companies need to shed their ‘Corporate Communications’ mind-set and instead be more flexible about who on their team can post about them and why, so long as there are checking mechanisms in place,” said Peter Cosgrove, Director, Cpl Resources.

“Online platforms offer invaluable insight into how a company is viewed by its employees and its audiences. But companies have to be willing to listen. If they are getting consistently bad reviews, the reasons behind the posts have to be examined and dealt with” he added.

Email was cited by 23% of employers as the biggest distraction in the workplace, despite its role in increased productivity. Employers felt email was a bigger problem for productivity than mobile phones, texting and social media.

The survey also found that employers are aware that 80% of their staff aren’t taking their full holiday entitlement, despite Ireland having the 2nd lowest annual leave allowances in Europe. “This demonstrates how committed workers in Ireland are to their jobs. However, with so much research indicating the benefit of time away from the office, should employers be doing more to ensure that employees are well rested?” asked Cosgrove.

Employers also felt that flexibility was key to employee morale. Simple things make the difference in their opinion: flexible working times, and enabling people to work from home one day per week, were seen as helping boost team happiness.

Visit our WMB Careers in partnership with Cpl for helpful articles about your career.

What is it about shoes? They're endlessly...