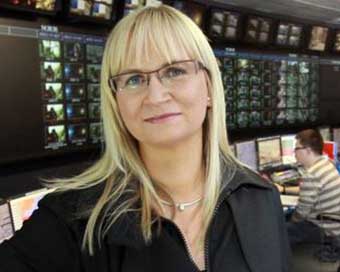 Dee Forbes, the current President & Managing Director of Discovery Networks Northern Europe, has been announced as the next Director General of RTÉ.

RTÉ’s Board officially announced the appointment following its recruitment process. As RTÉ is the state broadcaster, this appointment is subject to the Government’s consent under Section 89 of the Broadcasting Act 2009, which is expected to happen soon.

She will assume the position at the end of April when the current Director Noel Curran finishes his term. Dee will be the first woman to hold the role in the broadcaster’s history. She’s also the first Director General not to be appointed from within the company.

Having joined Discovery in 2010 as Head of the UK/Ireland operation, she grew her responsibilities to eventually lead the Northern Europe region, which also includes Benelux and the Nordic countries, and has a wide mix of channels, both free-to-air and subscription. Ms Forbes will assume her new role later this year after a transition period.

Moya Doherty, Chair of the Board, RTÉ, said: “The appointment of Dee Forbes stands to mark a significant moment in the development of RTÉ. Not only is this the first Director-General in almost fifty years to be appointed externally, but she will also be the first female to hold the role. RTÉ is at a pivotal moment, one where the future shape and financing of public service broadcasting is being re-imagined. I am delighted to have someone with such a breadth of industry experience, such a creative and visionary understanding of the global broadcasting market, and a proven management record.”

Dee said: “Although it was a tough professional decision to leave Discovery, the personal decision to return to Ireland and lead its biggest broadcaster, RTÉ, is an opportunity of a lifetime.”

Before joining Discovery, she led Turner Broadcasting’s business in the UK and Ireland, which consisted of seven entertainment channels, including Cartoon Network, Boomerang and TCM. She spent several years working at Turner in a variety of commercial roles including General Manager for the Nordic/Central and Eastern Europe and EMA regions and Head of Advertising Sales for Europe.

Sharon Donnery was appointed to the position...