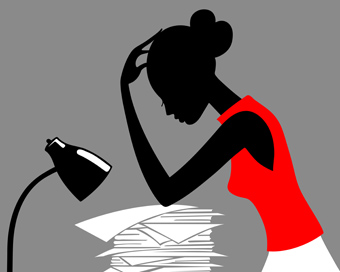 The vast majority of seats on our State boards are still occupied by men – even though it’s 2016 and nearly 25 years since the government first announced a strategy for increasing the number of female-occupied seats to a ‘minimum’ of 40%.

The most cursory of glances through the online listing of the membership of State boards published by the Department of Public Expenditure and Reform and the Public Appointments Service shows a preponderance of Johns, Michaels, Martins, Williams and Brendans.

According to the most recent statistics – published in 2013 – women account for just 36.2% of members on State boards. And when it comes to actual bottoms on seats, women occupy just 967 places out of an overall 2,673 positions on our 248 state boards. It gets even worse when you look at the proportion of women who have secured the highly prestigious chair roles. That stands at a miserable 23.4%.

More up-to-date statistics on the current female representation on State boards will be published in 2016 by the Department of Justice and Equality. However don’t expect any great improvement. This is an issue which has been rumbling for well over two decades without any significant progress in achieving even the government’s own minimum target of 40% female representation – as a whistle-stop tour of recent years will show:

– 1992: the then Government committed to take steps to increase the representation of women on state boards to 40%

– 2002: all Ministers agreed to review the gender balance composition of State Boards and committees under the aegis of their Department and to take measures to redress gender imbalances where the 40% target had not been reached. It was further agreed that the then Department of Justice, Equality and Law Reform would monitor the statistics and report on progress to Government annually

– 2005: the government announced that all nominating Bodies should be required to nominate both male and female candidates for appointments to State Boards where they are the responsible authority

– 2007: Ministers agreed to “continue to take proactive steps to ensure that their nominations, and the nominations made by external Bodies, to Boards under the aegis of their Departments, continue to reflect the Government’s commitment to achieve representation of at least 40% by persons of each gender on State Boards, in order to advance the goal of equal participation of women and men in decision-making.”

– 2009: Ministers “reaffirmed” the commitment to increase female participation in decision-making towards the internationally recommended norm of 40%

– 2011: the incoming Government announced that it would take steps to ensure that all State boards had “at least 40% of each gender” and said it would publish details of vacancies on these boards. However Ministers were not “obliged” to make the selection from those who applied. These vacancies are frequently advertised on Departmental websites and on www.publicjobs.ie

– 2014: The government announced new measures to promote gender equality on State Boards. “Meeting the 40% target by 2016 is a specific commitment of this Government and we are now requiring each Government Department to plan how it intends to achieve this,” declared the then Minister of State with responsibility for Equality, New Communities and Culture, Aodhán Ó Ríordáin.

These new measures included a pilot project to develop a “talent bank of women who would be prepared to serve on State Boards”, he said. A list of names would be made available to ministers and other nominating bodies in a bid to meet this target. There would also be “closer monitoring,” of the situation, with “each Government Department to report on a six-monthly basis on their progress”.

The talent bank, the Minister said, would be developed by the Department of Justice and Equality, with EU Progress funding and with the assistance of the Public Appointments Service (PAS) through its existing resource www.stateboards.ie. (The Public Appointments Service is the centralised provider of recruitment, assessment and selection services for the Civil Service. It also provides recruitment and consultancy services to local authorities, the Health Service Executive, an Garda Siochana and other public bodies.)

However, isn’t it about time that something more was done? Such as finally biting the bullet on imposing quotas? Judena Leslie, the Northern Ireland Commissioner for Public Appointments, said recently that she believed all government departments should set targets of 50% to ensure more women were represented on public bodies, the new public appointments watchdog has said.

In the North, says Judena, although female membership of these bodies is “creeping up,” it’s still under one-third, while the percentage of women occupying chair positions, which she points out, “are really influential positions and can be well paid,” stands at about 23%.  She believes mandatory quotas could work. “I’m not uncomfortable with quotas,” she declares. “There’s a big discussion about mandatory quotas, where a number of places are set aside for the appointment of women. These are controversial and a lot of people feel they offend the principles of equality,” she says, adding that there is a belief that if women were appointed as part of a quota system, it would be seen more as a token appointment, rather than on one made on merit.

Asked if she had been contacted by the Irish government in relation to the issue, she said she had not. “Given the situation where it has been so slow to bring movement forward to get more women into political life and into positions of leadership, there is a good argument for quotas,” she says, adding that if quotas were imposed, any controversy would be quickly forgotten as women got on with the job they were asked to do.

“There has been a lack of public confidence in appointments and having a public watch dog – the appointment of the commissioner – is a positive development in building public confidence,” she observes. “Where we need regulation we need a regulator. I see the role of the Commissioner as a constitutional role and part of the checks and balances in a democracy because making public appointments is a major exercise in ministerial authority and it has to be accounted for.”

“I think there should be targets and I feel this is an issue that needs to be publicised. I believe the public sector should lead the way for the private sector, so that women also participate in leadership in the economic sector. It is just not acceptable in a modern, progressive, well-functioning society that we have most of the positions of authority being held by a particular group – men. This is no longer acceptable for the face of a modern economy.”

And so say all of us. The question is though, whether any current initiatives which do not include a target such as that suggested by Judena will actually encourage real progress?