The Rise of Female Entrepreneurship 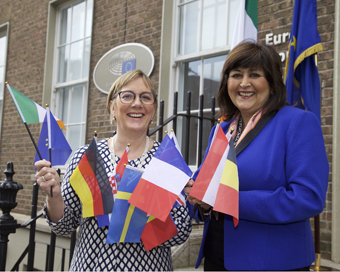 Only one is five Irish entrepreneurs is a woman – compared to the EU average of one in three. And starting a business is still a less popular option in Europe than in other parts of the world.

According to a recent “Eurobarometer” survey, only 37% of Europeans prefer being self-employed or running a business to having a salaried job. In the US, the figure is 51%. In China, it is 56%. With challenges around childcare and access to finance, women entrepreneurs face all sorts of particular obstacles in getting started. But nonetheless, Ireland has had some notable success stories.

Speaking at the event, Barbara Nolan said: “Do we really believe that men are five times better at starting and running a business than women?!  … The massive underrepresentation of female entrepreneurs represents an enormous underexploited resource for our country and continent. And despite the recent stellar work of Enterprise Ireland and others more can and must be done to create the right conditions for female entrepreneurship to flourish. “

A global survey undertaken by EY and The...