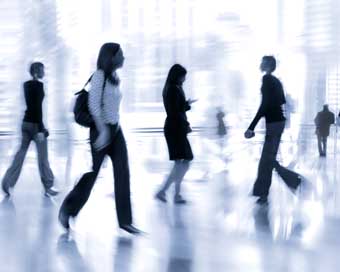 New research shows that the UK is missing out on up to £170bn worth of economic benefits by not having enough females in employment. PwC’s annual Women in Work Index shows that the UK could boost its GDP by 9% (£170bn) if it could increase the number of women in work to match that of Sweden, the highest performing country. Sweden has 72.5% of women in employment whereas the UK has 59.2% – Ireland ranks even lower than the UK with 52.7%.

Yong Jing Teow, economist at PwC, said: “It is encouraging that the UK is making progress on the employment prospects for women, but there is still a way to go before we match the Nordic countries. There are now more women in work due to the improving economy – but where we fall down is on how many of these women are in full-time work.”

This logic should also apply to Ireland if more women were to enter our workforce full-time. According to the latest OECD figures (2014), there are 36% of women in full-time employment in Ireland compared to 58% of men. Women in part-time employment account for 20%, while 38% are completely outside the workforce. Conversely there are 8% of men working part-time and 23% outside the workforce. On a positive note, unemployment for women in Ireland decreased from 7% in 2013 to 6% in 2014.