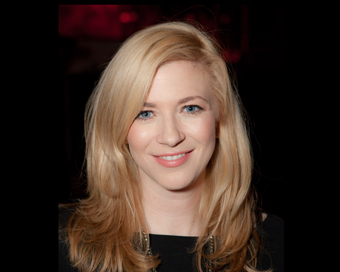 Kathleen Mitchell is a member of a privileged elite – schoolgirls lucky enough to board for six years in the magical, even mystical, surrounds of the now-closed Kylemore Abbey. From age 11, Mitchell lived at the legendary Connemara school, travelling back to the family home in Alaska for the school holidays and racking up a phenomenal amount of air miles.

“I have a BA Executive Club account which was opened when I was 11 years old,” says Mitchell, now Vice President of the fast-growing Stella & Dot Europe. Whether or not her successful business life – a stellar career at L’Oréal followed by a similarly impressive performance at Stella & Dot – is a legacy of the fact that she spent her formative years at the renowned Abbey, she certainly adored it.

Her arrival at Kylemore Abbey was, as these things so often are in life, the result of a completely impromptu meeting, on a plane in Alaska in the 1970s. Her father simply happened to sit next to a priest from Rockwell College in Tipperary. But that was it – within weeks Mitchell’s oldest brother was en route to Rockwell College, and, some years later, when their turn came, his sisters were packed off to have their second-level education in Ireland; in their case to Kylemore Abbey.

Mitchell’s parents were very cosmopolitan. Both Catholic and both of Irish descent, they also worked in the American State department, and travelled all over the world, eventually settling in Alaska: “A lot of the boys in Rockwell College had sisters in Kylemore Abbey, so my sister and I went there,” says Mitchell. “My parents were very adventurous people and that is a great gift they have given us. As a child I think this had a beneficial effect on me – I wasn’t risk-averse!”

After six happy years at Kylemore, Kathleen sat her Leaving Certificate and applied for Trinity College, where she studied economics and politics. Although her initial intention was to follow her parents into the field of international relations and, like them, work for the State department,  she actually found she had a yen for business and ended up in London working for L’Oréal in London. “I was a product manager, and I loved it.  There was a lot of autonomy in the job; it was quite sink or swim. You could combine your analytical brain with strategy and your creative side.”

Mitchell stayed with the company for 14 years, working her way up to General Manager of Redken, one of its top brands.  She was also general manager of the L’Oréal Ireland professional products branch. However she had a niggling feeling that, despite her successes at the world-renowned cosmetics firm,  she was not quite Master of her own universe. One day in 2011 she was examining the different revenue streams within the beauty industry when she happened upon Stella & Dot,  a social-selling company which combines fashion, accessories, technology and direct selling through a network of independent business owners called ‘stylists’.

Stella & Dot stylists sell jewellery and accessories online, on the go and at pop-up shops in their own homes, earning a commission on what they sell. Mitchell was impressed: “I saw what it could do for women and how it can give a woman mastery over her own destiny – I could immediately think of 20 people who would have liked that kind of work,” she recalls. After hearing that the company was looking to expand to England,  she reached out to Jessica Herrin, the CEO, via LinkedIn, but, in a classic case of synchronicity, it emerged that the company was already reaching out to her through a recruiter. “It was meant to be,” she quips.

Stella & Dot UK  launched in the UK in October of that year.  Although Kathleen only officially started working for the company as Managing Director of Stella & Dot UK in November 2011, she was actually working on the side with the retailer from the previous summer. “I had a great career at L’Oréal and people thought I was crazy to leave the company, but I knew this was the unknown and I could see the potential in it.”

She was very attracted by the way Stella & Dot operated, she recalls: “For the modern woman, this is about having a 24/7 online boutique; you simply order a product with the click of a button.” It’s very well-organised – stylists don’t have to stock the product in her home as the company ships direct, and quickly, to the customer: “It’s a fun and modern way to shop; you’re getting amazing styles at very reasonable prices. We sell affordable luxury.”

Two years later, in 2013,  Stella & Dot Europe launched with Kathleen at its helm. The company now has more than 4,000 stylists in Europe and some 300 in Ireland – Stella & Dot launched in the North of Ireland around the same time as it kicked off its business operations the UK. A year later it  launched its business in the Republic. “It’s been a phenomenal success. The number of stylists is growing rapidly,” she says. “Irish women are very entrepreneurial, stylish and sociable, which is everything that works very well for our model.

“We have very interesting entrepreneurial energy in Ireland,” she says, adding that customers can avail of the company’s  new range of sunglasses, tops and tunics for summer as well as a range of  bespoke, engraved jewellery called Unique Boutique. The company is now at the tipping point, she says – Stella & Dot she believes, is set to explode across Europe: “We’re expanding to new markets next year,”  adds Kathleen, now a mother of two young boys and living in Hammersmith.

For her the greatest buzz came from having to build the company up from nothing in the UK: “That was the great intellectual and physical challenge. It was a very different business model so you were constantly re-wiring the brain and evolving.” And that, something tells me, is exactly what makes Mitchell tick.

A few years ago, the American city of...

'Wellbeing' is one of those buzzwords thrown...