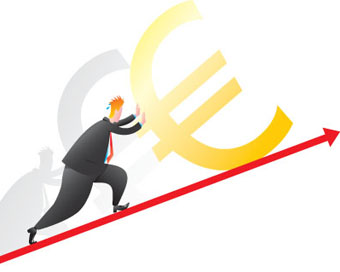 Almost half of Irish business people believe that a British exit from the European Union would have a negative impact on their business, according to a survey by the Dublin Chamber of Commerce.

The findings were announced at a special briefing held this morning by Dublin Chamber and Eversheds which explored the potential implications of a Brexit for Ireland.

In the survey, Dublin Chamber asked 308 businesses how they felt a Brexit would affect their operations, with just shy of 1 in 2 firms predicting that it would have either a negative (37%) or very negative (10%) impact. One in 20 respondents said they thought a British exit would have positive or very positive consequences for their business. The remaining 48% of those polled anticipated a neutral impact.

The survey, carried out in the second week of February, included a mix of companies who both do and do not currently carry out business in the UK. Interestingly, of those companies who said they don’t do business in the UK, around one third said they would expect a Brexit to have a negative or very negative impact on their business. Just 5% of companies with no direct exposure to the UK anticipated a positive impact. Three out of 5 (62%) predicted no change for their company.

Ms Quin added: “Although difficult to quantify what the full macro-economic effects of a Brexit would be, this survey shows that Irish businesses are concerned about the potential impacts. The UK market is particularly important  for Irish exporters and trade between Ireland and Britain has soared over the past 20 years. Both markets are very reliant one another: one sixth of Ireland’s exports, worth around €600m per week, go to the UK, while Ireland was the UK’s seventh biggest trading partner in 2015.”

Speaking at the event, law firm Eversheds said it was already working with companies in Ireland to prepare for a potential Brexit. According to Ros Kellaway, Partner, Eversheds: “Brexit could have different implications for different firms. We are working with a number of firms to create contingency plans in the event that the UK does leave the EU.”

PayPal has today announced the creation of...