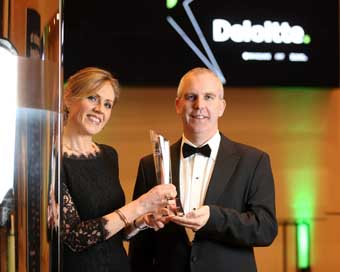 115 leading Irish indigenous companies, employing 47,000 people with a combined turnover of almost €10 billion, have been recognised for outstanding levels of business performance at the 2016 Deloitte Best Managed Companies Awards, in association with Barclays Bank Ireland.

Abbey Tours was one of 11 companies to attain Platinum standard on the night in the Consumer Business category. Marina Finn is the Joint Managing Director and since 1989 she has been involved in all aspects of the organisation, with a particular focus on Sales & Marketing. Marina assumed the position of Joint Managing Director with her colleague Jane Magnier in 2008. Marina is Secretary / Director of the AIPCO – Association of Irish Professional Conference Organisers

More Women In Employment Will...

New research shows that the UK is missing...

Bord Bia and PwC are calling for...