Working At Home Doesn’t Have To Be Lonely 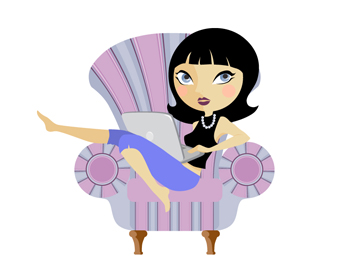 Loneliness affects almost half of the UK’s home-working professionals, according to a new study by AXA Insurance. However, it finds that loneliness does lessen year on year, and those who persist learn the trick of happiness.

Eighty three per cent of people who start a home business do it because they want to set their own working hours; freedom from co-workers/bosses is top for 77 per cent, and for two thirds, peace and quiet is most important. A year in, however, and they can feel they’ve had too much of a good thing: loneliness, professional isolation and punishing hours are common flip sides.

Forty eight percent of homeworkers say they feel lonely sometimes – and it’s a daily struggle for one in three. The most common reason was not too many hours alone, but not being able to talk about their business with someone who understands it.

Only 14 percent say they can discuss business worries with friends and family, and two thirds miss the sympathetic ear of a colleague. Unsociable hours, meanwhile, deepen the sense of isolation: sixty two per cent of homeworkers work into the night for their clients, and one in three say their hours are excessive.

The study found that the longer you work from home, the happier you become, with levels of loneliness decreasing over time. Clearly there are lessons to be learned along the way, and AXA identified the top four traits of the happy homeworker.

How To Be A Happy Homeworker

1.      Create social moments. Getting out for lunch was voted the best mood booster: banter with local shopkeepers help one in five, and one in ten go out just to chat to strangers. Regular lunches or drinks with other homeworkers emerged as the best way to feel professionally connected.

2.      Work office hours on your ‘on’ days. People who start work before 6am or regularly work into the evenings reported the highest rates of loneliness. The least lonely, meanwhile, overwhelmingly work office hours.

3.      Exercise your right to skive. Sledging with neighbours, open top car rides on a sunny day, carol singing and even skydiving – the happiest homeworkers do exercise their right to ‘skive off’ occasionally. The business often benefits too: “I met friends in Soho and had a drink instead! Came back with some great ideas though – so very glad I did it!”

4.      And some unexpected tips. Working in the living room, with the radio on with the company of dog or cat was named the happiest scenario. In fact, getting a pet was named the best way to beat loneliness by a quarter of homeworkers. Least happy are those who work at the kitchen table, wear pyjamas or have the TV on.

Top Tips For Surviving The...

Everyone loves a bargain. At this time of...