Will You Vote For A Woman In This Election? 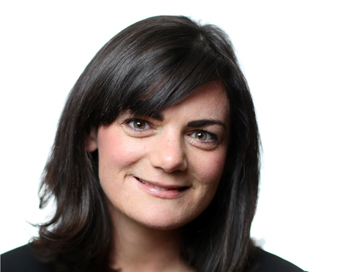 With less than a week to go to polling day it is crunch time for voters. On February 26th Ireland will go to the polls and, for the first time, voters in the majority of constituencies will have a choice not just between parties, but between men and women.

At this election 163 women will contest, a mammoth increase from the 86 that ran in 2011, bringing the sum total to 30% of all candidates, almost a critical mass. Around the country, women’s faces will feature up and down our ballot papers, with half of all 40 constituencies fielding more than 30% women and an average of 4 women per-constituency nationwide. This time round there is just one constituency – Limerick County – without a single woman on the ticket.

This leap is even more striking when we consider where we came from. The 86 women who contested in 2011 made up just 15% of all candidates. That number was in line with a dropping trend: in 1997 20% of all those on the ticket were female, falling to 19% in 2002, 17% in 2007, right down to the low of 15% in 2011. This time, driven by the gender quota legislation introduced in 2012 and the energy and motivation around the issue of women’s political participation, the figure has almost doubled.

This performance puts paid to the oft-cited view from parties that they “just can’t find the women.” This time, when money was in question – not meeting the 30% candidate quota would see parties lose 50% of their State funding – they went looking and, lo and behold, they found them. And, the search was hardly forensic: for the larger parties, 85% of their candidates are either currently elected as TDs or Councillors; add to that the Independents and smaller parties and the number falls to 75%. These figures show is that the majority of women on the ballot paper this time out are experienced, competent vote-getters and winners, ready and prepared for the job ahead.

But it’s all very well having women on the ballot paper, if we want to truly change the make-up of our Parliament we have to vote for them.

But, in a system of proportional representation like the one we have in Ireland, our choices don’t have to be based on dimension alone; we can be far more nuanced. At this election a typical constituency will have a mix of candidates – male and female – from the same party or with similar policy positions.

Here, a voter who wants to vote in line with their values and increase the number of women elected to the Dáil can easily do so by simply considering the gender of their chosen candidate in their order of preferences. For example, a voter who wants to return the Government and believes more women in politics would make a positive difference to the process and outcomes of politics will have two, three or more candidates fielded by Fine Gael and Labour in their constituency. They should simply opt for a woman as their number one.

Similarly, at the other end of the spectrum, where there are a variety of smaller parties, groupings and independents with similar views, a voter who seeks to overturn the Government and believes in the value of a diverse Dáil should select a woman at the top of her list of preferences. This approach does not diminish political views, or encourage people to vote for a woman simply because she is a woman. Rather, it suggests we think more deeply about how we structure our preferences if we are keen to achieve two things with our vote: our preferred make-up of the next Government and a better gender balance in our Dáil.

And we need that balance. The most recent (now dissolved) Dáil had 26 of 166 TDS, or 16%: the highest number ever. Only 95 women have ever been elected to the Dáil and just 15 have sat at Cabinet. This is despite international evidence that more balanced Parliaments deliver better outcomes for citizens. These stark figures should motivate all of us to use our moment at the ballot box next Friday to contribute to solving this problem by voting for a female candidate of our choice with a number one.

Niamh Gallagher is Co-founder and Board Member at Women for Election, a non-partisan organisation to inspire and equip women to succeed in politics. She was shorlisted with her co-founder Michelle O’Donnell for the Newstalk WMB Social Entrepreneur Award 2015.

The Other Lens: What is the...

In last month’s column 5 Ways to Lead from...

The Other Lens: Drive Your...

Every year, as a procurement, contracts, or...