47% Believe It’s Getting Easier For Women In Business 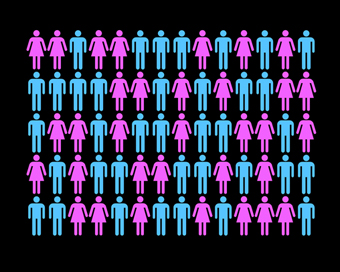 New research, presented at the annual Enterprise Ireland Start-Up Investor Day, indicated that 9 out of 10 ten start-ups surveyed by Amárach Research on behalf of Enterprise Ireland plan to increase staff in 2016.  Six in ten expect substantial growth this year with the main export markets being the UK, Europe and USA.

The government agency also announced that over 1,500 jobs will be created over the next three years by 105 High Potential Start-Up (HPSUs) companies supported by Enterprise Ireland in 2015.

61 of these new supported start-ups are female-led, which is up from 43 in 2014.  This reflected the expansion of Enterprise Ireland’s support for female entrepreneurs which included the development of a dedicated competitive start fund to encourage more females to start businesses.

While only 1 in 5 respondents to the research were female, almost half (47%) felt that it was getting easier for women to start and grow a business – with the balance seeing no change.

“Up to 2011, female-led enterprises accounted for just 7% of new start-ups. Participation by female entrepreneurs in our High Potential Start-Up programme increased to 22% in 2015, surpassing our target of 18%.  This is a positive trend and we need to continue to encourage more female entrepreneurs to start and scale new businesses,” said Kevin Sherry, Director of Global Business Development.

“Our ambition is that in the coming years there will be no need for tailored supports and initiatives for Irish female entrepreneurs because Irish business women will no longer be under-represented in the businesses and boardrooms of Ireland. However, until we reach that point, we will be continuing our drive to increase their participation levels”, concluded Kevin Sherry.

Plato is a not for profit business...