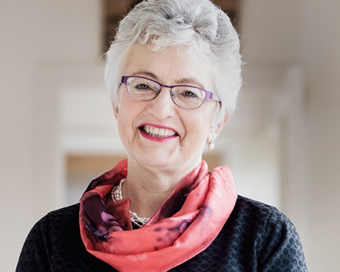 Women face formidable barriers in their campaign for equality – but positive change can be effected through coming together to identify these barriers and discuss ways to surmount them.

That’s the message from the hugely successful Fempower conference in Dublin on Saturday.

Organised and hosted by Senator Katherine Zappone, Independent General Election candidate in Dublin South West, places at the inaugural conference – a day of female empowerment and action on the issue of women’s equality in Ireland – sold out.

Zappone, a well-known feminist theologian, and former CEO of the National Women’s Council of Ireland, says the objective of the event was to gather women together from a wide variety of backgrounds to debate the changes that need to be implemented to make Irish society more equal.

Women have the power and the ability to effect change, believes Zappone. And it seems, from what speaker after speaker said yesterday, there’s plenty of room for adjustment in Irish society – from the ongoing violence against women in this country to the low levels of women – one in 10 – on the boards of listed companies, to the  widening of the gender pay gap, the low level of women in receipt of contributory pensions,  and the exclusion of working-class women, women with disabilities or those from the Travellers from valuable feminist discourse.

Guest speakers on the day included Irish Times journalist Una Mullally, who discussed women in the media, role models and representation across print and broadcasting, while others discussed issues affecting women in areas such as business, maternity services, LGBT rights and disability. The idea for the conference,  Zappone recalls, arose from “a vision of gathering women together, and deciding what we think needs to be changed”.

The belief that such a gathering could be the catalyst for positive long-term change stems from Zappone’s long-running involvement with the organisation she helped found along with her spouse Ann Louise Gilligan. An Cosán is Ireland’s largest community education organisation, offering adult education and other services to women from disadvantaged areas.

It is an inspiring example of what women working together can achieve,  says Zappone. This educational community organisation which is now 30 years in existence,  has educated and trained some 15,000 plus adults in everything from personal development and literacy to third level degree programmes.

“An Cosán is an example of what women can achieve by working together,” she says, adding that the organisation has created more than 100 jobs within the local economy.
The conference brought this concept a step further. Crucially,  it aimed to encourage women to dream of what they want for themselves and come up with ways to achieve their objectives.

Fempower, Zappone believes, was both a call to action to individual women of all ages and backgrounds, to “encourage them to think about what to do with their lives”, and to inspire women to achieve their ambitions in every sector of life, from business to sport and journalism. The event featured stories from different sectors of society, highlighted the barriers various women have encountered – and  provided delegates with individual examples  of how such barriers were surmounted.

“We are seeking personal change but also change within Ireland, so that more and more women can achieve their ambitions.”  Zappone declares: “I am emphasising that it’s a personal journey for women. You have to continue to imagine what you can achieve and follow that path!”

The 80-metre long oven has been installed,...

There’s more than semantics to a change in...