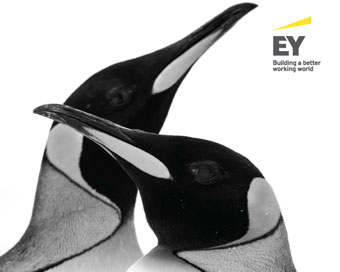 The latest EY Economic Eye Winter forecast has revised its GDP growth for the Republic of Ireland (ROI) to 5.8% and 4.3% for 2015 and 2016 respectively. The NI economy is forecast to expand by 1.7% in 2015, a slight readjustment from the higher rate of 2.0% predicted in EY’s summer forecast earlier this year.

Ireland is still on track to outpace all other EU member states in 2015. Growth has been boosted by returning confidence in the domestic market, which has increased both consumer spending and investment levels. This has augmented exceptional performance in exports. However, the growth rates enjoyed in 2015 are projected to moderate in 2016, moving to a healthier, more sustainable range.

Economic performance continues to be uneven across the island, despite an overall decline in unemployment in all regions. Urban centres have experienced significantly faster growth than in rural areas, enjoying the highest levels of high value-added employment and resulting economic benefits. In addition, the increasing pull of city living, particularly amongst young graduates, is further diverging growth from more rural areas.

Employment continues to grow in the ROI, with 56,000 new jobs created in total in 2015. Unemployment in Dublin and its commuter-belt in the Mid-East has decreased significantly, falling to 8% and 8.1% as at Q3 2015. However, other regions lag behind substantially, as they struggle to compete for inward investment and labour, particularly in the South East and Midlands where unemployment is still over 12%.

A key challenge for policy makers will be to bridge the gap between urban and rural, to avoid economic overheating in specific areas of the economy. Arguably the most pressing need currently lies in increasing supply in the residential property market, to accommodate higher growth in coming years. To ensure greater knock-on benefits for rural areas, shortcomings on infrastructure must be addressed, particularly transport links, broadband, energy, water and waste infrastructure.