The Other Lens: Gender Equality is a Competitive Asset 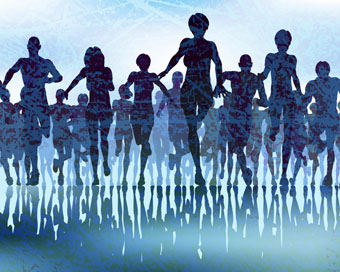 One of McKinsey’s latest articles on Gender Equality is written by Adam Galinsky and Maurice Schweitzer and based on their book: Friend and Foe: When to Cooperate, When to Compete, and How to Succeed at Both.

It is the closest that I have seen mainstream (these guys are university professors in Colombia and University of Pennsylvania, respectively) male authors come to saying “The Patriarchy is a competitive liability”.

Galinsky and Schweitzer say: “We propose that there is one clear difference between men and women in the United States and most of the world: the amount of power each has in society.” OK well… yeah. We got that. But what is interesting is they then do one really cool thing and one really odd thing.

They refer to a study done by Luigi Guiso of the Einaudi Institute for Economics and Finance where he and his team collected data from the 2003 Programme for International Student Assessment (PISA), which reported math test results for a quarter of a million 15-year-old students from 40 countries.

In the United States, males have scored between 31 and 36 points higher on the math portion of the SAT in every year since 1994. On the surface this looks like men are better at math and it’s easy (if idiotic) to placate yourself with that, but Gusio took the data from 40 countries and asked a different question: How do math scores relate to gender equality? He found that the size of the gap varied considerably across countries and that it was closely related to each country’s level of gender equality (measured by a political-empowerment index and an index of women in the labor market). “In countries with the highest levels of gender equality, the gap in math performance disappeared. In fact, in Iceland, which has one of the highest levels of gender equality, females actually outperformed males in math. The female students had lower math scores only in societies where they lacked power”.

“Cultural disparities in gender equality appear outside the classroom as well. Take the world’s most popular sport, soccer. Gender equality predicts women’s FIFA rankings even after controlling for population size and per capita GDP. When women have more power and opportunity, a country’s female soccer team has a competitive advantage”.

And… “Consider the case of Olympic medals. Analyses show that greater gender egalitarianism within a country doesn’t simply lead to higher-performing female athletes; the male athletes earn more Olympic medals as well. Male athletes do better when women have more social power because those societies are more likely to value all of their segments and can therefore tap into a wider pool of talent.”

The talk about Queen Bees. They obviously missed the Madeline Albright Memo: “There is a special place in hell for women who don’t help other women.” Enough said!

Galinsky and Schweitzer finish by saying “If we accept that gender differences aren’t hardwired and often reflect disparities in power, not competence…”

What we now know:

– Nothing that is biological is hardwired – Wooo! Hooo!!

– No, of course it’s not competence, (or intelligence) – that is not even worth discussing – it has been statistically disproven too many times (even if Larry Sommers will be remembered for being stupid enough to suggest that differences in innate ability, rather than “socialisation and patterns of discrimination,” could explain why there were so few women in engineering, math, and science at the best universities.) And, in addition, it’s a slippery road to hell.

Nature is in love with diversity:

If we accept that nothing in the human brain is ‘hardwired’ and many so-called gender differences are actually attributable to differences in power, and we eventually level the playing field, we can explore diversity, as a gift, for us to understand and leverage. Nature is in love with diversity. I can’t imagine that she would be so unimaginative and boring as to give us exactly the same brains, but it is time that we gave ourselves the same power.

It really does appear that men achieve more when women achieve more, and that has the potential to be a key competitive advantage for any country able to really, truly embrace gender equality. The sky is the limit, and we are just getting started.

Jennifer Kenny is a speaker, writer and organisational transformation consultant. @WMBMagazine contributor, Board Member @GWLN, Fan of @theelders. Passionate Irishwoman, living in The Big Durian. You can find her @jenniferlkenny or www.jenniferlkenny.com. She is writing a book about Amplifying Leadership: How understanding differences amplifies capability.

Where Are All The Female...

In their recently published book, The Rise...

The Other Lens: Five Ways To...

In previous articles I have spoken about the...