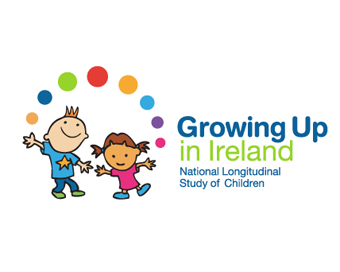 Dr. James Reilly, TD, Minister for Children and Youth Affairs launched – ‘Non-Parental Childcare and Child Cognitive Outcomes at Age Five’ – the latest in a series of reports to emerge from Growing Up in Ireland, the National Longitudinal Study of Children.

Minister Reilly said: “The report highlights the important role of free pre-school education provided under the Early Childhood Care and Education Programme. It also highlights the fact that many children and parents would not be in a position to avail of pre-school without this free universal scheme. The study shows that this is particularly so for disadvantaged children, the group of children who benefit most from formal programmes such as this.”

Some key findings of the report include:

The main types of childcare arrangements for children at age 3

Do childcare arrangements at age 3 influence children’s abilities in language and reasoning at age 5?

– Some of the main influences on children’s cognitive outcomes (measured by language and reasoning) at age 5 are: the child’s gender, language spoken at home, number of older siblings, parents’ education, parenting practices and home learning environment.

– Once these influences are taken into account there is no difference in either vocabulary or reasoning scores at age 5 for children cared for full-time by their parents and those who attend different forms of childcare at age 3. However, these findings do not take into account differences in the quality of childcare arrangements. Therefore we cannot rule out the possibility that high quality care has a beneficial effect while poor quality childcare has a negative impact.

Does age of starting childcare and number of hours per week spent in childcare matter?

Starting in childcare at an early age (by nine months) had no effect on children’s cognitive outcomes at age 5.

– Long hours of care (30 hours or more per week) were associated with a small negative effect on vocabulary at age 3, regardless of the type of childcare. Reasoning abilities did not appear to be affected by hours of care.

Does participation in early childcare particularly benefit children from disadvantaged or non-English-speaking backgrounds?

– Children who do not have English as a first language show evidence of a small benefit from centre-based childcare at age 3 on vocabulary scores at age 5.

– There was no difference in the impact of childcare on the abilities of children when compared according to their socio-economic backgrounds (as measured by their parent’s education).

– By age 5, almost all of the children in the study (96%) had participated in pre-school education through the Free Pre-school Year. Just 27% of these children were attending centre-based care at age 3, showing that the scheme increased access considerably.

– 22% of parents said they would not have been able to afford to send their child to pre-school without the Free Pre-school Year. This figure rose to 36% among parents in the lowest income quintile and 38% of parents with low education.

– The study compared outcomes for children attending different types of centres: there is some evidence that children availing of the Free Pre-School Year in a centre with a graduate leader had slightly higher scores on the reasoning test and made somewhat greater progress between the age of 3 and 5, though from a statistical point of view the findings are only marginal.

– There is a strong demand for childcare from parents:  half were using regular childcare when the child turned 3 and there was an extremely high take-up of the Free Pre-School Programme, even in its earliest years of operation.

– International studies suggest that universal State provision (as is the case with the Free Pre-School Programme) is the most effective way of improving access to quality childcare for disadvantaged social groups. The evidence from Growing Up in Ireland suggests that access has indeed been broadened as a result of the scheme, especially for families who would find it difficult to pay for early education places themselves. The effectiveness of the Free Pre-School Programme in improving child outcomes has yet to be evaluated and requires a comparable control group of children who  did not participate

Commenting on the findings today, Dr Helen Russell from the ESRI, one the report’s authors noted, “The first five years of life are of critical importance in children’s cognitive development. This study highlights that when tested at age 5, children who attended childcare at age 3 did as well as those cared for solely by their parents. A key issue for the future is evaluating the quality of care received in different settings.”