Does Happiness Make You Live Longer? 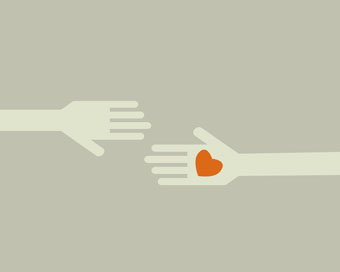 A UK study has investigated whether unhappiness has a direct effect on women’s health and mortality. Modern life sees many women over worked and overwhelmed in both their professional and personal lives and The Million Women Study asked if this was leading to shorter lives.

According to the report’s authors, Bette Liu, Sarah Floud, Kirstin Pirie, Jane Green, Richard Peto, and Valerie Beral: “Poor health can cause unhappiness and poor health increases mortality. Previous reports of reduced mortality associated with happiness could be due to the increased mortality of people who are unhappy because of their poor health. Also, unhappiness might be associated with lifestyle factors that can affect mortality. We aimed to establish whether, after allowing for the poor health and lifestyle of people who are unhappy, any robust evidence remains that happiness or related subjective measures of wellbeing directly reduce mortality.”

From May 1st, 1996, to Dec 31st, 2001, the Million Women Study recruited 1.3 million women aged 50–69 years through the national Breast Screening Programmes of England and Scotland, and has continued to follow them up by electronic record linkage, recording the causes of any deaths. At recruitment, and every 3–5 years  subsequently, women were posted a questionnaire asking about socio-demographic factors, lifestyle, and health.

Three years after recruitment, the participants were asked: “How often do you feel happy?” Possible responses were “most of the time”, “usually”, “sometimes”, or “rarely/never”. They were also asked about related subjective measures of wellbeing including how often they felt in control, relaxed, and stressed. In addition, women were asked whether they had had various common health disorders and to self-rate their current health as “excellent”, “good”, “fair”, or “poor”. In the questionnaire, self-rated health came before happiness and related measures.

Overall the findings showed, out of roughly 700,000 women, 39% reported being happy most of the time, 44% usually happy, and 17% unhappy. During the 10 years follow-up, 30,000 (4%) of participants died. Despite these women suffering ill-health or having lifestyle factors such as smoking, the authors found that their unhappiness did not lead to increased mortality.

While being unhealthy can naturally lead to being unhappy and a lesser sense of wellbeing, this does not directly affect your mortality.

How To Make Procrastination...

I always thought procrastination was a...

How to Survive Christmas...

The holiday season is well and truly upon...