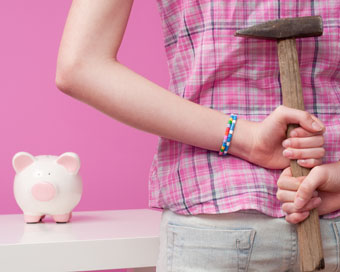 The survey results show that refusal rates have increased for the second consecutive quarter. This reversal on previously seen improvements is a huge hindrance to SME growth and to the economic revival.

Commenting on the results of this quarter’s survey, ISME CEO, Mark Fielding said, “We are back to a situation where almost half of SME credit applications are being rejected. This prevents small businesses from capitalising on the economic recovery and the development of their businesses. In many cases we are finding that the risk averse banks have not trained their officials appropriately and they do not have the necessary expertise to analyse funding proposals. Innovative SMEs with new or niche products cannot then access funding and good ideas are being postponed or discarded”.

“The survey has some positive pieces of information, for example, awareness of state assistance such as the Credit Guarantee Scheme and Microfinance Ireland is quite high. Additionally, the numbers of SMEs who are making formal applications to their banks is increasing. This is important as it means their application is officially recorded and not just forgotten in the way that informal applications are. However, the decrease in demand (35% from 41%) is a worrying sign and hopefully a seasonal factor.”

Some of the main statistics are as follows:

– 35% of respondents had required additional or new bank facilities in the last 3 months, compared with 41% in the previous quarter.

– 48% of companies who applied for funding in the last three months were refused credit by their banks, an increase on the 45% refusal rate, seen in the previous quarter.

– 19% of decisions are pending, down 21% from the previous quarter.

– 22% of initial bank decisions were made within one week; an improvement from the 28% in the previous quarter.

– On average, the initial decision time has increased to just over 4 weeks. The wait to drawdown has decreased from 3 weeks to 2 weeks.

– 53% of requests were for term loans, with 37% for overdrafts, or alterations to existing facilities, while invoice discounting/factoring accounted for 16% of requests, with 14% requesting leasing.

– 42% of respondents had increases in bank charges imposed. 8% have suffered increased interest rates.

– 63% state that the Government is having either a negative or no impact on SME lending.

The survey, conducted in the last week of November, covers the three months of September, October and November. There were 1,112 SME owner manager respondents, a response rate of 11%. This provides a strong indication of the real SME lending environment. Read it in full here.