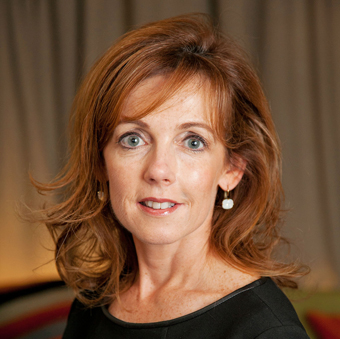 The 80-metre long oven has been installed, the 40 tonne chocolate tank has arrived and it’s all systems go at the Drogheda factory whose size (50,000 sq ft) has been compared to that of a football field.

Announced last June, the East Coast Bakehouse just outside Drogheda – the largest biscuit-making facility in Ireland and the UK – is gearing up to start production in by March 2016.

The sheer dimensions of the plant are so mind-bogglingly huge that one has to remind oneself that it’s producing  biscuits, not aeroplanes. “Biscuit making is a simple process but we’re doing it on a very large scale,” explains Alison Cowzer, a member of the experienced five-member management team behind the venture. Some €15 million has been invested in the renovation of a former production facility at Donore Road Business Park just outside the town.

Cowzer (48), who left school at 17 and garnered years of experience working in PR and sales before first earning a degree in marketing and later an MBA,  is the company’s Marketing and Innovation Director. After working with a variety of companies, including L’Oréal, she was part of the team which in 2002 bought Fruitfield from Nestlé and turned it from a loss making company to a profitable firm. A few years later the group purchased the Jacob’s brand biscuit business and brought the two together, merging it into the Jacob Fruitfield food group before selling it in 2011 and moving on to its newest venture – the East Coast Bakehouse.

Alison took a now-unusual route into the world of business. After leaving school at 17 she ‘worked for nothing’ as a young intern in a large PR firm – a good move, as  it turned out, because it flung open the doors  to what was to become a highly successful career. When one of the partners in that company left to set up a new business, the clearly promising young Cowzer was invited along: “For me, straight out of school, it was very exciting to join a start-up company with only the two of us. It was straight in at the deep end and it was fantastic – you had to get in there and paddle!”

She stayed for six years, helping to build the business before moving on: “I’ve worked in the marketing sector since 1984. I started out in sponsorship PR and marketing and later worked in sales and marketing with a number of companies.” The decision in 1996/1997 to take on the formidable challenge that is an MBA was a career watershed: “For me that was a sea change because although I had a primary degree in marketing, the MBA was necessary for my own career development. I needed to beef up the strategic side of my arsenal. It was intense but I really enjoyed the whole process – every minute of it!”

In 1997 she moved to London and worked for L’Oréal in the UK: “That was an eye-opener – amazing brands with an amazing position in the market and a fantastic company to work for.” She stayed with the renowned international cosmetics firms for two years before returning to Ireland and buying into Fruitfield along with her husband, Michael Carey, who is now MD of the East Coast Bakehouse; Daragh Monahan now Sales Director of the new company; James Yarr Operations, now Director of the East Coast Bakehouse; and Gerry Murphy, the new firm’s Chief Financial Officer.

It was a successful venture, and eventually they sold it but then returned to biscuit-making: “The reason we decided to go back into biscuits is that there’s still a huge and very resilient market there. It’s worth €200 million in Ireland and €3 billion in the UK”, she points out. On top of that it’s familiar territory to this quintet – and offers potential: “It’s a market we know and are familiar with and there’s a gap there for a large-scale Irish manufacturer.”

East Coast Bakehouse is set to create 100 jobs,  starting with an initial 35. The plan, says Alison, is to bake for the private label market. “We’ll be providing biscuits to supermarkets under their own brand. That’s one part of the business and that’s where the scale comes in. We’d see that as being a substantial part of our business both in Ireland and the export market.”

The other side of the business is the East Coast Bakehouse own brand, which is set to launch in early 2016. “Baking Better Biscuits is our mission. We’ll use great ingredients and fantastic recipes to produce a range of appealing Irish made biscuits which we plan to export to the UK and further abroad; cookies – chocolate chip, fruit and nut  – as well as  plain  and chocolate biscuits.”

Now that the bakery’s up and running, staff are working hard on production and recipe development. “The 80-metre-long oven has been installed and the 40-tonne chocolate tank has arrived. We’ve developed an innovation centre which will work with customers to co-create products because we intend to collaborate with customers to come up with new biscuits.”

It’s all go, she says: “To us it’s a very exciting opportunity to bring large-scale food manufacturing back to Ireland and develop the scale-able side of food manufacturing here. In Ireland there are many artisan food producers who do an incredible job but we need more scale in the market. If you look at the private label market, it’s grown hugely,” she comments.

Some 30% of biscuits in the UK are sold under supermarket own-brands, she points out, while in Ireland that figure is also quite substantial – between 20% to 25%. The private label sector has different categories of biscuit known in the business as ‘good,’ ‘better,’ and ‘best’, she explains – it depends on the price range.

The new company got a great welcome from the people of Drogheda, she says: “The site we picked out on the Donore Road was in a very dilapidated condition and local people were delighted to see the area being refurbished and jobs being created.

Women face formidable barriers in their...