‘One Tribe’ To Assist Emigrants’ Return 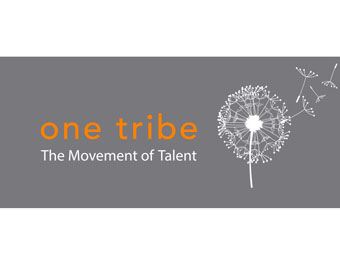 Called ‘One Tribe’, it is an online resource and concierge service providing information on how to come home, how to find a job, how to find a place to live and how to manage the finances around the move.

Cpl has pulled together a group of governmental and business stakeholders to support this campaign, including The Office of the Minister for Diaspora Affairs and The Ireland Funds. One Tribe is in direct response to the issues raised around the relocation for returning emigrants at the Global Irish Civic Forum and the Global Irish Economic Forums earlier this year in Dublin.

Research from one of Cpl’s partners in this project, the Irish Australian Chamber of Commerce showed the following:

– 58% have aspirations to return to Ireland

– Only 18% have no current plans to return

– 53% of respondents had recently researched moving home to Ireland permanently

– More than 64% stated that availability of employment in Ireland was the biggest motivating factor in a return to Ireland. Family and quality of life were also big motivators

– Over 60% of respondents cited Recruitment company sites as the most valuable for researching a return to home.

The survey also found common concerns amongst many Irish hoping to return including the cost of relocation, housing, education and the validity of credit and savings histories abroad to secure an Irish mortgage.

80% of those surveyed were under the age of 44. The majority of respondents were professionals. Over 40% had reached middle management.

“Following the two international forums in Dublin Cpl became aware of some issues that returning emigrants were facing when returning home. We have developed One Tribe as a way to offer practical help through our global network, international client list and employment expertise and support them through the process,” said Anne Heraty, CEO, Cpl Resources plc.

“Close to 80% of those surveyed were middle management, senior management, owner, or C-suite level Executives. All of these Irish have international experience and developed expertise which is extremely valuable in the growing Irish economy,” she added.

“It’s not easy to relocate from such a distance, and all those surveyed had concerns. Cpl’s ‘One Tribe’ will be the first step towards the diaspora navigating their way home,” she concluded.

Visit our WMB Careers in partnership with Cpl section for careers advice.