Where Are All The Female Executives? 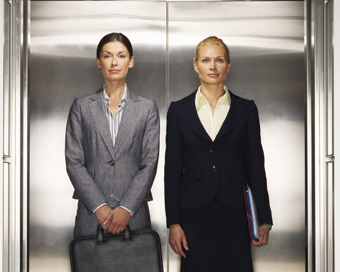 In their recently published book, The Rise of the Female Executive, Peninah Thomson, Clare Laurent and Tom Lloyd examine women in senior management positions in the UK.

British companies had their hand forced by Lord Davies in 2011 when he set the target of having 25% women on the boards of FTSE 100 companies. If achieved by the end of 2015, he envisioned a significant reduction of the gender gap in these 100 companies.

The book is a fascinating study of the journey to this point, considering how women have battled through sexism, gender-equality, the insult of being paid less than their male colleagues, and of course achieving the mythical ‘work/life balance’.

Chapter 6 ‘When is the price too high?’ refers to the differences between female and male executives’ attitudes towards their personal versus professional lives. “Pressure of work becomes more intense, and required more sacrifice of home and family life. The politics in the upper reaches of the organisation become more intrusive. Your decisions carry more weight and affect more people. Your mistakes have greater consequences.”

The authors state if an individual executive decides to push herself further up the corporate ladder, it depends on whether she believes the benefits outweigh the costs e.g. the sacrifice of family life.

Throughout the book, successful businessmen are asked for their opinion on what prevents more women rising up the ranks and eventually becoming board members. Their answers confirmed what most probably suspected already.

Sir Philip Hampton, Chairman of GlaxoSmithKline, said: “I’m not sure this is a company or a board thing. Actually a lot of it is personal; how women can combine what they see as their other responsibilities with an executive job. You can’t have part-time top executives; it doesn’t work for the business. So the only way it can work is if women don’t have other responsibilities and can give their time whole-heartedly to their executive duties, or when they share their other responsibilities with their partners. And of course there are some relationships where that happens, but not many, and doubtless not enough. As I say, there is a limit to what a company can actually do about that.”

He goes on to say that women need more role models to show they can overcome this obstacle and return to the workplace after maternity leave and progress at the same level. “The best role model is still the woman who has really succeeded at executive level. That’ll be where the role models start to become very powerful.”

John Stewart, Chairman of Legal and General Group, thinks it’s a conscious choice among women: “In my experience women have much more interesting lives. They are less job-focused. They balance their lives. So it’s not so much the ‘glass ceiling’, as a self-imposed ceiling.”

He believes women ask themselves whether they want a more senior role with the accompanying sacrifices and many say no and that’s before considering childcare. Whereas men are expected to remain family-friendly. “I was probably the wrong type of CEO because I travelled on the weekends, so I was there on Monday wherever I needed to be. I was lucky that my successor was in his early 40s when he was appointed. He had a young family and he promised that he would keep that family life in balance with his business life. This part of the key.”

Stewart points out that having a family-friendly male boss sets a certain tone among the rest of the employees: “if the boss says ‘I can’t make that meeting on Wednesday afternoon, because it’s sports day’ that says the sports day is more important than the meeting and so gives everyone permission to attend sports day. This will matter a lot more to women.”

Crucially, when it comes to readying the next generation of women for executive roles, Stewart believes it’s tied to confidence. “I think the biggest single thing you could do is to increase the critical mass this way because in my experience younger women are just as talented, but they underestimate their abilities. They need some sort of programme to give them confidence; to make them believe they’re good.”

With the above obstacles firmly in place for professional women, all eyes will be on the UK on January 31st 2015 as they reach Lord Davies’ target (currently at 26.1%). He has since called for 33% by 2020 – we’ll watch this space and hope the same trend will be replicated on Irish soil.

The Rise of the Female Executive is available to buy here.

The Other Lens: Gender...

One of McKinsey’s latest articles on...