Women Paid Less Than Men In 90% Of Sectors 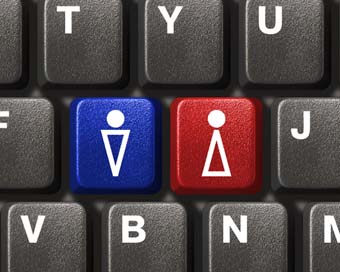 UK women working full time are paid less than men in 90% of sectors, with those working in financial and insurance sectors among the worst affected, research shows.

Opportunities and outcomes in education and work: Gender effects, released today by the UK Commission for Employment and Skills (UKCES), examines the impact of gender on a range of education and employment outcomes.

The research finds that male workers are paid on average 19% more than female counterparts in almost all areas of the workforce. Women working in financial and insurance sectors, as well as other professional roles, are worst affected by the gap in pay – with some earning almost 40% less than men. Similarly, large pay gaps also exist within the energy sectors and scientific and technical occupations – roles where women are already chronically under-represented.

The stark findings on pay are further compounded by the fact that female students outperform males at all levels of education, from GCSEs and A-Levels, through to University and post-graduate studies – making them more likely to be highly skilled and qualified.

Dr Vicki Belt, Assistant Director of UKCES said: “This research brings home the bleak reality of gender inequality at work in the UK. In spite of women’s real achievements in education, the gender pay gap stubbornly remains. Our research shows that occupational segregation is a key factor at play here. Women are under-represented in a range of sectors and occupations that offer higher paying roles – for example fewer than 10% of British engineers are female.”

The findings come just a week after Equal Pay Day on 9th November, representing the point in the year at which women are effectively working for free as a consequence of the gender pay gap.

The report can be read in full here.

The Ireland-US Council presented its 2015...