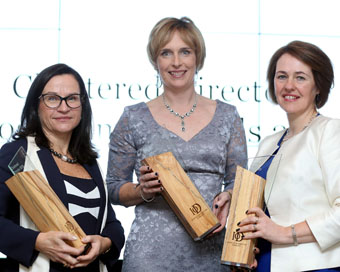 Three directors were honoured at the Institute of Directors in Ireland (IoD) Chartered Director Programme Awards 2015 held in Dublin on November 6th.

The awards recognise achievements in contributing to organisational direction and driving both board effectiveness and business performance.

The winners were announced as follows:

"If somebody asked you to do your job for...