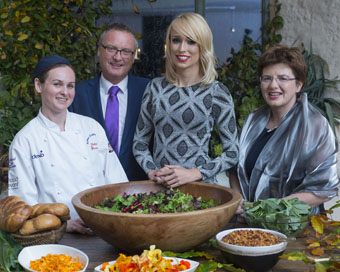 “24% of the spend is with verified Bord Bia Origin Green suppliers and a further 10% with suppliers in the process of becoming verified members. As more suppliers are verified, the more those percentages will increase. Seasonality, sustainability, respecting the environment and support for local artisan suppliers are very important to us,” she continued.

The Masterclass, organised and co-ordinated by Julianne Forrestal, executive craft chef for Sodexo Ireland, was led by chef Rory O’Connell, co-founder of the world-famous Ballymaloe Cookery School and annual Litfest.