Set Your Own Standards For Leadership Excellence 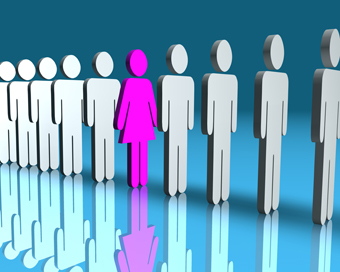 I was talking with a fellow Mom and Senior Global Executive the other day, about giving kids Internet access.

Locus of Control and Leadership

I find the concept of ‘Locus of Control ‘ a hugely valuable concept if you want to bring up kids to be responsible, self-motivated, empathetic, contributing adults.

A person’s ‘locus’ is conceptualised as either internal (the person believes they can control their life) or external (meaning they believe their decisions and life are controlled by others which they cannot influence, or by chance or fate).

As a society, we have this concept called ‘inappropriate content’. I believe it comes from The Motion Picture Association of America (MPAA). The Classification & Ratings Administration (CARA) administers the MPAA’s rating system. So we are used to movies having a content rating – stating what is ‘appropriate’ and ‘inappropriate’ for children. The locus of control in this case is the MPAA/CARA – the Irish equivalent is the The Irish Film Classification Office (IFCO).

There is no locus on control on the Internet. Yet somehow we expect content control to magically happen, (parental controls can only go so far and mostly only work for kids under 12). With 30% (yes 30%) of all internet traffic bringing inappropriate content, once you let your kiddies free on the internet they better be well versed in owning their own locus of control. “If you stumble upon something that makes you feel uncomfortable, or sad, make the decision not to watch it and come and talk to your Mom or Dad.” This incredibly simple system worked really well for my daughter. Of course she probably came across inappropriate content, but she decided she was not interested and moved on. The decision is hers. The locus of control in this case is given to her.

If you want to be a great leader you need to create lifelong practices for owning your own locus of control.

Yet every day, every woman who works outside of the home hands over that locus of control to HR departments who administer Performance Reviews that are exclusively based on ‘appropriate’ Leadership Behaviours for men. Nowhere did anyone ever say, “If you and your staff acknowledge a leadership behaviour that makes you all feel great, helps you all achieve amazing goals then by all means come talk to the HR department and, together with you, let us assess if we can define and identify that behaviour and include that behaviour into the company’s performance criteria.”

No, no, they said – “here are the performance criteria – they were created by men for men – fit into them or suffer” and eventually leave. The decision is the HR Department’s decision. The locus of control in this case has been taken away from you.

Women Need To Set Their Own Standards for Leadership Excellence

Identifying, describing and understanding the spectrum will be a stepping stone to allow us to understand ourselves and others’ leadership traits and qualities and see the complimentary and amplifying nature of Feminine and Masculine Leadership.

As McKinsey principal Susan Colby says. “My biggest wish for women in the thick of it is that they empower themselves to make their own decisions.”

Jennifer Kenny is a speaker, writer and organisational transformation consultant; @WMBMagazine contributor; Board Member @GWLN; fan of @theelders; passionate Irishwoman; and living in The Big Durian. You can find her @jenniferlkenny or www.jenniferlkenny.com. She is writing a book about Amplifying Leadership: How understanding differences amplifies capability.

Collaboration Is Key To The...

Running an organisation is a complicated...