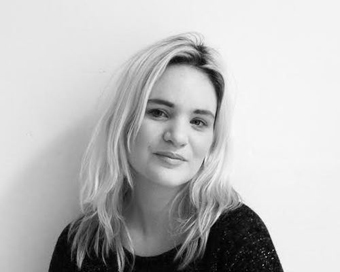 Growing up in poverty with an alcoholic single mother meant Maireád Healy had the kind of childhood most of us would only read about. Her family moved house frequently.  Often there wasn’t much food on the table. The electricity tended to be cut off -frequently.

What all of this did, she explains, was give her the drive to escape. And she did.

After performing well on her eleven-plus exam – she grew up in Derry – the youngster gained entry to a good school. She worked hard, and performed well, regularly gaining top marks in her examinations. “I learned that you can do anything if you put your mind to it,” she says. “I realised that my personal circumstances need not necessarily hold me back.”

Maireád took five A-levels and left  Northern Ireland for the UK,  where she studied law at university before landing a job in the European Commission, where she worked for two years. “I was aware that I was the only-working class person in the building,” she recalls. “A lot of my colleagues were the children of diplomats, government minister, prime ministers. I noticed this in college too.”

Many autobiographies might stop there, given the fact that she had now earned her ticket to a rewarding, prestigious and highly-paid career – but Healy was on a different path. Life, she had realised, is about a lot of things; among them, connections and self-confidence. “I had no confidence in myself and that made me think.”

In November 2011, after she returned to London from Brussels she received a phone call informing her that her younger brother had died. “He had committed suicide. He was just 21. And he was depressed. He had left school with no qualifications.” CCTV images showed that he had drowned, and the phone company were able to trace his phone to a local river.

Maireád returned to Derry. For the next five months she patrolled the river-bank, searching for her brother’s body. “I started thinking about our lives – we had grown up in the same family but had gone in different directions. He had no friends. He was bullied at school. Our mother had passed away about a year before he died and he’d been on the dole for five years.”

Over that long, heart-breaking five months, a resolve began to crystallise in her mind: “I decided I wanted to do something for people like my brother – to basically give them another path in life.” In 2012 the determined young lawyer set up Future Voices, an organisation which aims to help disadvantaged and deprived adolescents find that new path. Maireád wanted to create a programme where the most deeply marginalised in society could be nurtured towards a different path and empowered to change their lives.

With the support of a founding committee, Future Voices was born, bringing together a wide range of dedicated volunteers. Future Voices has gone from strength to strength and now has a full time staff team operating three separate programmes. “We targeted the lowest-performing schools in the country, schools which were designated deprived, mostly in Dublin, and all with less than 30% of their students going on to higher education,” Maireád explains.

The group hand-selects participants, usually teenagers, around the age of 15 from DEIS schools –Delivering Equality of Opportunity in Schools (DEIS) form part of a government action plan to address educational disadvantage. Many are not even thinking about the Leaving Certificate, let alone formulating a plan for the future.

The objective, says the 32-year-old, is to try to help them focus their energies on creating a future for themselves, whether it be through a third level programme, a trade or a vocational course. “We hand-selected young people from dysfunctional backgrounds,” she explains, adding that each programme participant had to make a gargantuan commitment – to attend the programme for a full day every Saturday for three years.

There are three elements to the programme:  education, confidence and self-esteem mentoring and support networks. The issue of confidence and self-esteem is crucial for young people believes Healy who recently had the pleasure of seeing the first cohort of 30 young people graduate the programme, which she says with justifiable pride, “really works.”

The youngsters come every Saturday over three years for a full day to work on their self-esteem, confidence and education through the delivery of workshops on  effective time management, leadership, communications, public speaking and other skills. “It’s about finding their voices. There are also advocacy workshops helping them challenge the inequalities they face in their daily lives.”

The programme’s main focus, explains Healy, winner of the Newstalk WMB Social Entrepreneur Award 2015, is on their confidence and self- esteem. The change, after three years, is significant: “We see the change in them! Currently we have 90 on the programme and the first group of 30 has graduated. It’s a massive commitment and they understand this before they join the programme,” says Healy, a Social Entrepreneurs Ireland Awardee 2014, pointing to one participant whose only ambition was to get a job in a warehouse – he is now studying law and politics at Trinity College.

Although the organisation is funded by foundations and corporations, it depends heavily on the input of what Healy calls “a huge team of about 50 volunteers as well as a panel of mentors who come from a variety of sectors.” A lot of them are very senior people who become involved in the programme on a voluntary basis because they believe in what we do and want to help these young people achieve.”

Who will you nominate for the Newstalk WMB Social Entrepreneur Award 2016?

Sisters, as the old Eurythmics hit goes, are...

Trick question; what’s the link between...