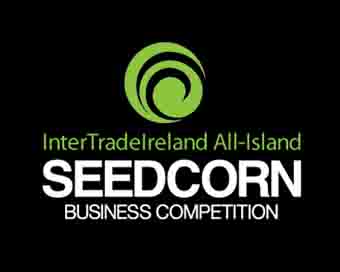 The regional finals for the InterTradeIreland Seedcorn Investor Readiness Competition are currently taking place across the island of Ireland.

The competition, which supports new start and early stage companies, has a €280,000 total cash prize, with no equity stake taken in the winning company. The participants applied before June 2015 and the regional shortlists were chosen by the judging panel.

Six regional finalists were selected to compete in each of the four regions – Dublin, Munster, Leinster & Connacht, and Northern Ireland. On making it through to the national final, each regional winner will receive a €20,000 cash prize.

The successful regional winners will then be invited to pitch to a panel of judges at the all-island final which will take place in Dublin on Wednesday November 25th 2015 with the two overall winners announced that evening at a gala awards ceremony.

We look at the four remaining female regional finalists who are hoping to make it through to the next round of the competition.

Healthbridge Technology are developing an app for use in the treatment and monitoring of mental health patients. A former nurse, Aislinn, along with her brother Anthony and Dervilla O’Brien, established the business in November 2014. She believes it is critical for organisations to have well laid out roadmap when implementing technology solutions for patients.

The ceremony will take place on November 10th at Clontarf Castle, Co. Dublin.

ProAxsis focus on the capture, detection and measurement of “active biomarkers” which are first signs and signals of a range of different types of diseases. Dr Martin founded the company in August 2013 with Professor Brian Walker, School of Pharmacy, Queen’s University Belfast. By September, ProAxsis had won the overall Northern Ireland Science Park’s 25K Award for entrepreneurialism and in February 2014, the first seed investment from partners NetScientific plc and QUBIS Ltd was secured. In September 2014, they were the first company in Northern Ireland to win a prestigious Horizon 2020 SME Instrument Award.

Senergy Innovations has developed a patent pending solar thermal collector made from polymer plastics with embedded carbon nanotubes as opposed to traditional glass metal and metal components. Christine has extensive experience with 12 years spent in banking, 16 years in the commercial roofing industry and she is currently a Board Member for Construction Skills NI.

The ceremony will take place on November 12th 2015 at Ramada Hotel, Shawsbridge.

While women made up a quarter of the 24 regional finalists overall, Conor Sweeney, Seedcorn Competition Manager of InterTradeIreland, looks at the gender imbalance in business as a whole and hopes that more female entrepreneurs will put themselves forward in future.

He told NI Business Now: “The female early-stage entrepreneurship (TEA) rate in Northern Ireland stood at 2.2% in 2013 (UK 5.8%) and the female to male ratio of TEA was 27%, which is still the lowest in the UK (UK 66%, up from 57%).” Based on this, Conor is encouraged that all three NI Regional New Start Finalists are women. “Successful female entrepreneurs tend to be highly motivated, energetic, tenacious and not afraid to take a risk. This applies to these next three inspirational women who give a whole new meaning to the phrase ‘girl power’.”

The finals for Munster and Connacht & Leinster regions took place this week. See the list of finalists here: www.intertradeireland.com

"If somebody asked you to do your job for...