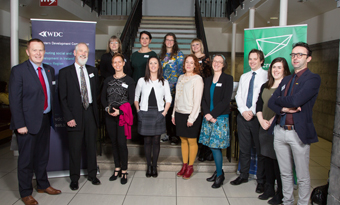 A new three-year, €2 million transnational a creative momentum project, led by the Western Development Commission (WDC) with research support from NUI Galway, will be implemented by six organisations based in Mid-Sweden, North East Iceland, Northern Finland, South East of Northern Ireland and the West of Ireland.

An overview of the five regions was given by representatives of the partners during the launch entitled ‘Connecting creativity across Europe’s Northern Edge’. In an effort to address the needs highlighted in the survey, the project aims to build networks to support creative entrepreneurs through innovation and skills development; provide opportunities to network and collaborate across the five partner countries; improve access to international markets; and carry out further research on the creative sector.

The World Economic Forum released the The...

Going For Growth has won the 'Investing in...