Whitewater Is Best In County 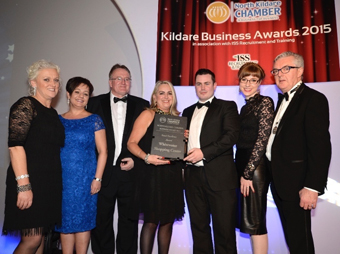 The Whitewater Shopping Centre won the Retail Excellence Award at the North Kildare Chamber Business Awards 2015 which took place at the K-Club on November 27th.

Ingrid Ryan, Whitewater Shopping Centre Manager said: “It has been a big year for Whitewater Shopping Centre and we are delighted with this recognition from our peers in the Kildare Business community. The Kildare Business Awards are a prestigious awards and we thank them for their support, there was a high level of nominees across the board.  I would like to acknowlege the Whitewater team for all their commitment, hard work and service.”

Earlier in the year Ingrid won ‘All Ireland Manager of The Year’ at the 2015 Spectre Awards. Under her management, the centre has grown since opening in 2006, with over 70 stores and nearly 1,000 staff.

The Minister for Education and Skills, Jan...

The Mary Robinson Centre – dedicated to...